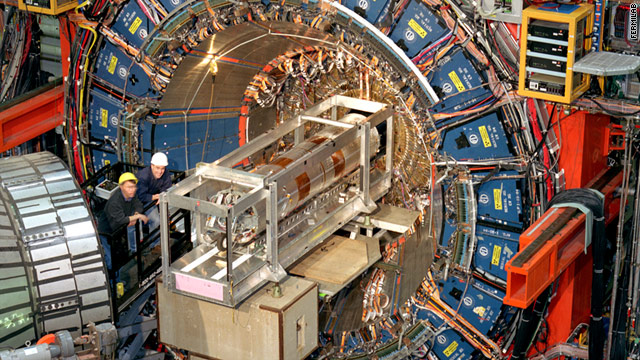 Is it a new particle, or just a fluke?

In the search for answers to some of the most mysterious and fundamental questions about the the universe, Europe's $10 billion particle-smashing Large Hadron Collider has been hogging the spotlight in recent years.

Suddenly, this week, physics enthusiasts' eyes turned to Tevatron, a much smaller and less powerful particle accelerator in Batavia, Illinois, that is scheduled to be shut down for good after September. And, depending on what happens with the budget crisis on Capitol Hill, it could be even sooner.

At Tevatron, part of the Fermi National Accelerator Laboratory (Fermilab), scientists said they may have found evidence of a particle never observed before. That would mean a brand new building-block of matter would be added to what physicists know about the universe.