The process of raising the orbit of a satellite or spacecraft. Because certain craft are in low-Earth orbit, they experience some atmospheric drag which decays the orbit. The International Space Station, for example, is periodically reboosted to prevent it from falling to Earth.

A vertical strip of metal, 108 of which surround the Shuttle's external tank and provide structural support. 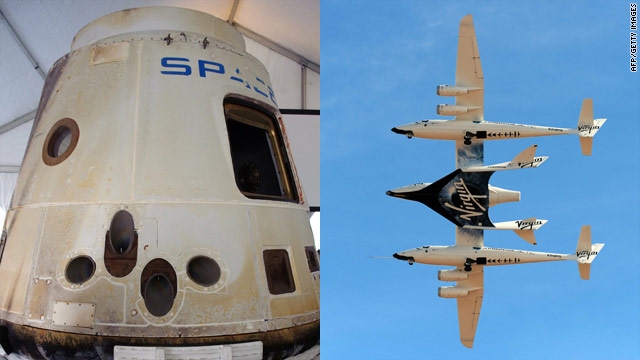 Atlantis' journey to the International Space Station will be NASA's 135th and final mission in the space shuttle program, which began 30 years ago. Tune in at 8 and 11 p.m. ET Sunday for a documentary on the shuttle program on "CNN Presents: Beyond Atlantis."

There are no roller coasters near Truth or Consequences, New Mexico. No Ferris wheels, either.

Yet this desert town could soon be a hot destination for thrill-seekers from around the world.

That's because nearby, within New Mexico's high desert valley, is the future home of Spaceport America - the world's first commercial spaceport.

Sunrise on the Moon

"On June 10, 2011, NASA's Lunar Reconnaissance Orbiter angled its orbit 65° to the west, allowing the spacecraft's cameras to capture a dramatic sunrise view of the moon's Tycho crater. 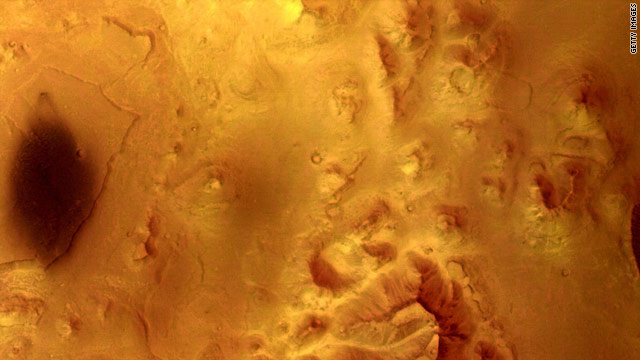 To replace the shuttle: A mission to Mars

Editor's note: Robert Zubrin is president of the Mars Society and the aerospace R&D firm Pioneer Astronautics, which does research and development for NASA and other agencies. An updated edition of his book, "The Case for Mars: The Plan to Settle the Red Planet and Why We Must" has just been published by Free Press.

America's human spaceflight program is now adrift. On July 8, the space shuttle is scheduled to make its final flight, and the Obama administration has no coherent plan for what to do next.

Instead, as matters stand, the United States will waste the next decade spending $100 billion to support an aimless constituency-driven human spaceflight effort that goes nowhere and accomplishes nothing.

Why I'm raising my son to be a nerd

Editor's note: LZ Granderson writes a weekly column for CNN.com. A senior writer and columnist for ESPN The Magazine and ESPN.com, he has contributed to ESPN's "Sports Center," "Outside the Lines" and "First Take." He is a 2010 nominee and the 2009 winner of the Gay and Lesbian Alliance Against Defamation award for online journalism and a 2010 and 2008 honoree of the National Lesbian and Gay Journalists Association for column writing. Follow him on Twitter: @locs_n_laughs

You know the kind of dad who registers his son for soccer almost as soon as he takes his first step?

You know that dad who yells so much on the sideline that he leaves the game a little hoarse?

Yeah, that was me too.

NASA: debris is 'closest' ever to space station

(CNN) - Tuesday's space debris incident at the International Space Station was the "closest anything has come to the space station," NASA said Wednesday.

Final calculations showed the unknown object passed the space station 1,100 feet away and its source remains a mystery, according to Kelly Humphries, a spokesman at the Johnson Space Center in Houston, Texas.

NASA does not expect any other close calls with this particular debris, said Humphries.

"The doors to the White Room, which provide entry to space shuttle Atlantis' crew compartment, is seen here at the end of the access arm walkway on Launch Pad 39A at NASA's Kennedy Space Center in Florida."

(CNN) - July 8 will mark the start of the final space shuttle mission and the end of an era, NASA announced Tuesday.

The U.S. space agency announced the date for the final flight of Atlantis following a flight readiness review at Kennedy Space Center in Cape Canaveral, Florida. If nothing delays the countdown, the shuttle would depart at 11:26 a.m.

The 12-day mission will be the 135th and final flight of the space shuttle program.

A lightyear, as defined by the International Astronomical Union, is the distance that light travels in a vacuum in one Julian year. It is equal to roughly 10 trillion kilometers (about 6 trillion miles). A lightyear is one unit used to measure distances on a galactic scale.