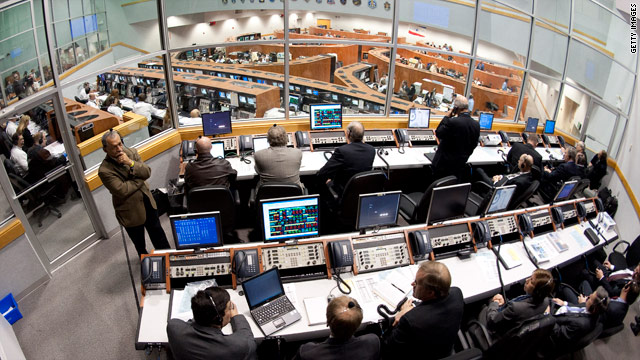 When a spacecraft as complex as the space shuttle lifts off, it takes an immense amount of precise coordination between those in launch control in Florida, mission control in Houston, and of course the astronauts in the space shuttle. All of this communication happens via radio traffic, and for those watching, can sound like a well-rehearsed jargon-filled diatribe.

Astronaut Douglas Wheelock took to twitter this morning to share a little insight on what some of it means to those who will be watching and listening to NASA's final space shuttle launch.

"OTC" - Orbiter Test Conductor, responsible for all pre-flight checks of the shuttle

Up until liftoff, Launch Control at Cape Canaveral has control of the shuttle. Immediately after liftoff, control is passed to Mission Control in Houston.

About a minute after liftoff, the shuttle is traveling faster than the speed of sound, and is given clearance to return to full throttle.

After about four minutes, @Astro_Wheels explains the space shuttle is now going too fast to turn around and return to Kennedy Space Center. If the mission were aborted now, the shuttle would either continue into a "safe earth orbit," or land at an emergency backup landing facility in Zaragoza, Spain.

For more from astronaut Douglas Wheelock, check out his twitter feed.