"High above the Earth from aboard the International Space Station, astronaut Ron Garan snapped this image of Hurricane Irene as it passed over the Caribbean on Aug. 22, 2011.

The National Hurricane Center noted on Aug. 22 that Irene is expected to produce total rainfall accumulations of 5 to 10 inches across Puerto Rico, The Virgin Islands, the Dominican Republic, Haiti, the Southeastern Bahamas and The Turks and Caicos Islands. Isolated maximum amounts of rainfall may reach up to 20 inches." 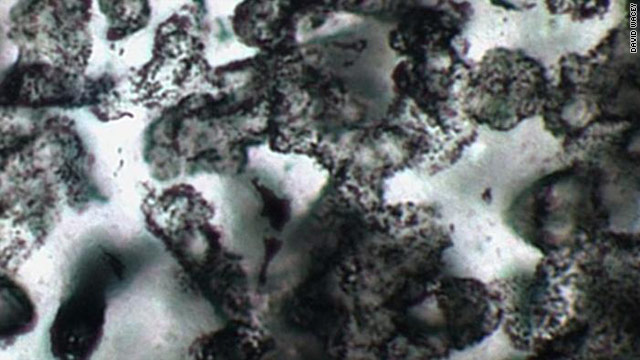 Greetings, science and space fans! Here are some news items and fun stuff to check out today:

–Sure, all fossils are old. But now, scientists say they’ve found the oldest - specifically, single-celled organisms that are 3.4 billion years old. According to The New York Times, around that time, the moon was orbiting a lot closer to Earth, which raised huge tides. Our planet hadn’t evolved to provide oxygen, so our atmosphere was full of methane. If these organisms really did come from that time, it means that life on Earth probably evolved after the Late Heavy Bombardment, which was a period when asteroids were crashing into the planet and heating the surface to molten rock, the Times reports.