The coolest star-like bodies yet

NASA's WISE (Wide-field Infrared Survey Explorer) mission has discovered the coolest star-like objects yet - literally. Dubbed "Y dwarfs," these celestial bodies have temperatures that can be as cool as that of a human body. The coldest one discovered so far has a temperature of less than 80 degrees Fahrenheit.

Y dwarfs are technically a subclass of the brown dwarf category and are nearly impossible to see with visible-light telescopes.

WISE uses infrared, allowing astronomers to confirm the Y dwarfs' existence after 10 years of looking. The telescope spotted six of the dark objects within a distance of 40 light-years of our sun.

Brown dwarfs are sometimes referred to as failed stars, because they start out like stars but never accumulate enough mass at their cores to start the reactions that allow them to shine. Instead, they cool off over time and give off most of their light in infrared wavelengths.

The study of brown dwarfs helps astronomers understand how stars form and tells them more about the atmospheres of planets outside our solar system. Brown dwarfs have atmospheres similar to those of gas giant planets, but they are easier to observe because they're away from the light of a brighter star.

WISE data has exposed 100 new brown dwarfs so far, six of which are classified as Y dwarfs. Scientists expect more discoveries as they continue to examine the data coming in from the telescope. 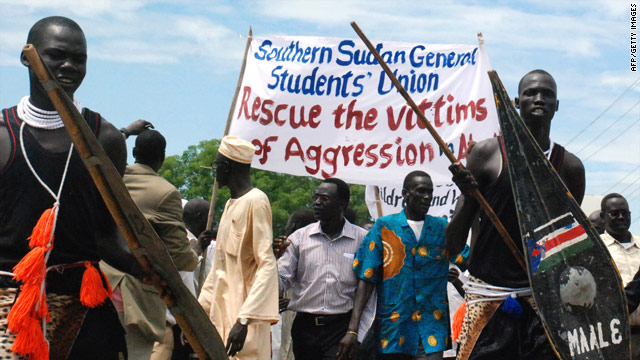 Sudanese demonstrators are seen in May. Sudan is one country whose violence has been linked to El Niño warming.
August 24th, 2011
01:00 PM ET

When you think about civil violence in countries worldwide, consider that one factor may be changes in climate.

A new study in the journal Nature finds that the climate event El Niño Southern Oscillation played a role in 21% of civil conflicts from 1950 to 2004. This is seen most prominently in the poorer countries of the tropics, such as Sudan and Rwanda. Wealthier nations affected by El Niño, such as Australia, do not appear to have civil conflict related to climate change.

END_OF_DOCUMENT_TOKEN_TO_BE_REPLACED 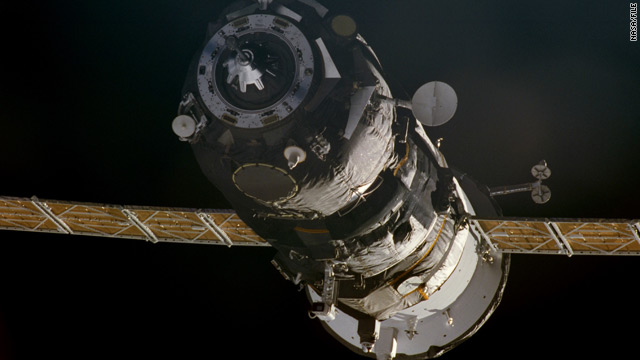 An unmanned Russian "Progress" supply ship, like the one pictured here, has reported an "abnormal situation."
August 24th, 2011
12:08 PM ET

The unmanned Progress cargo craft, which launched at 7 p.m. Kazakhstan time (9 a.m. ET) from the Baikonur Cosmodrome, was due to dock with the ISS on Friday.

Rescue teams have been dispatched to the crash site of the Progress-M12M, the regional branch of the Russian Emergency Situations Ministry told CNN.

Officials could not immediately confirm whether the crash might have caused any damage on the ground. Russia's Interfax news agency reported that the rocket had come down in the Altai region.

(CNN) - Russia's mission control has reported an abnormal situation with a space freighter that launched from the Baikonur Cosmodrome bound for the International Space Station, NASA said Wednesday.

The rocket was carrying 2.9 tonnes of food, fuel and supplies, NASA said, but has no passengers on board.

The Progress 44 cargo craft, which launched at 7 p.m. Kazakhstan time, is due to dock with the ISS on Friday.

NASA spokesman Rob Navias, at the Johnson Space Center in Houston, Texas, told CNN that contact with the space craft had been lost about three minutes before it reached orbit.

"We have no confirmation of a crash from the Russians," he said.

The six people currently living on the ISS are "well supplied - actually oversupplied" since the delivery of supplies after the last U.S. shuttle mission last month, he said.

"This computer-generated images depicts part of Mars at the boundary between darkness and daylight, with an area including Gale Crater, beginning to catch morning light.

Northward is to the left. Gale is the crater with a mound inside it near the center of the image. NASA selected Gale Crater as the landing site for Curiosity, the Mars Science Laboratory. The mission's rover will be placed on the ground in a northern portion of Gale crater in August 2012.

Gale Crater is 96 miles (154 kilometers) in diameter and holds a layered mountain rising about 3 miles (5 kilometers) above the crater floor. The intended landing site is at 4.5 degrees south latitude, 137.4 degrees east longitude.

This view was created using three-dimensional information from the Mars Orbiter Laser Altimeter, which flew on NASA's Mars Global Surveyor orbiter. The vertical dimension is not exaggerated. Color information is based on general Mars color characteristics."