"NASA's Viking Project found a place in history when it became the first U.S. mission to land a spacecraft successfully on the surface of Mars. Two identical spacecraft, each consisting of a lander and an orbiter, were built. Each orbiter-lander pair flew together and entered Mars orbit; the landers then separated and descended to the planet's surface. Viking 2 launched 36 years ago today on Sept. 9, 1975. This artist's concept depicts a Viking lander on the surface of Mars.

The Viking 2 lander settled down at Utopia Planitia on Sept. 3, 1976, while the Viking 1 Lander touched down on the western slope of Chryse Planitia (the Plains of Gold) on July 20, 1976.
END_OF_DOCUMENT_TOKEN_TO_BE_REPLACED 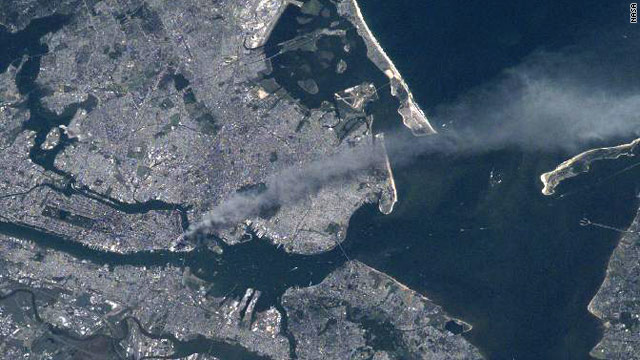 Astronaut Frank Culbertson captured this image as the International Space Station orbited above New York on 9/11.
September 9th, 2011
11:44 AM ET

When the towers of the World Trade Center fell on September 11, 2001, one American was not on the planet.

Astronaut Frank Culbertson had been aboard the International Space Station for a month when the 9/11 attacks occurred, joined only by two Russian cosmonaut crew mates. He could only monitor the events of the day from 300 miles above the Earth.

On Friday, NASA released letters Culbertson wrote and images he took as the space station passed over the New York City area after the 9/11 attacks.

Culbertson wrote that he first heard of the attack via radio from a NASA flight surgeon.

"I was flabbergasted, then horrified. My first thought was that this wasn't a real conversation, that I was still listening to one of my Tom Clancy tapes," Culbertson wrote. "It just didn't seem possible on this scale in our country. I couldn't even imagine the particulars, even before the news of further destruction began coming in."

Today, @CNNLightYears is giving a #FollowFriday to NASA Tweetups.

What is a NASA Tweetup? Basically, a Tweetup is a real life meeting of Twitter users. NASA holds Tweetups to give followers the “opportunity to go behind-the-scenes at NASA facilities and events and speak with scientists, engineers, astronauts and managers,” according to the NASA Tweetup website.
END_OF_DOCUMENT_TOKEN_TO_BE_REPLACED 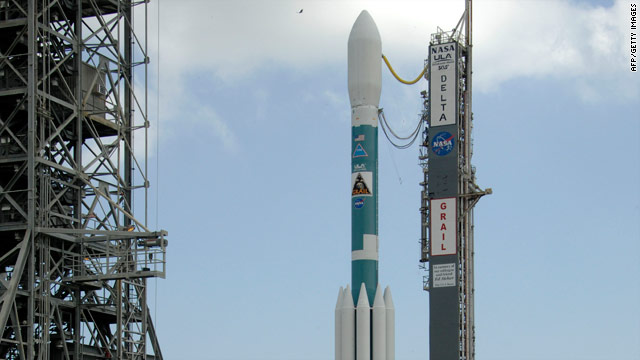 NASA delayed its Friday launch of a moon research mission because of weather issues and will retry on Saturday.

The mission, called GRAIL, will study how the moon was formed. It will explore "the structure of the lunar interior, from crust to core... to advance understanding of the thermal evolution of the moon," NASA said.

The mission will provide new information about how the moon formed and will allow students to take their own pictures of its surface, panelists announced at a news conference at NASA headquarters in Washington on Thursday.