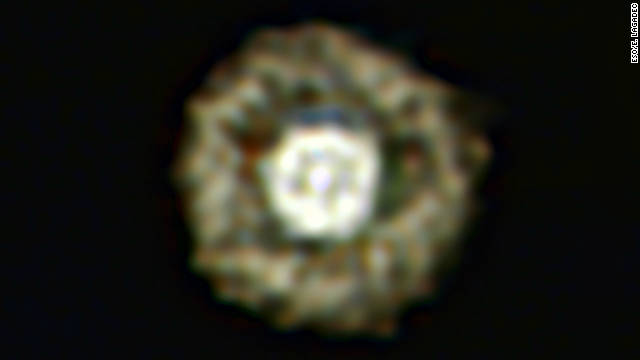 This rare celestial object, about 13,000 light years from our planet, is has a diameter about a thousand times bigger than the Sun, and it appears to shine about 500,000 times more brightly. Its mass is about 20 times that of the Sun. This image comes from the European Southern Observatory'a Very Large Telescope.

It's so big that you'd find Earth deep within the Fried Egg Nebula if the star were in the center of our solar system.

The Fried Egg Nebula is a yellow hypergiant. This phase in a star's life is a possibility after a star has been a red supergiant, which happens when stars with 10 or more times the mass of the sun burn all their hydrogen. When a red supergiant has burned all of its helium, it may become a yellow hypergiant for a few million years. Then, the star may evolve into a rare kind of bright star called a luminous blue variable, or explode as a supernova.

In fact, researchers believe the Fried Egg Nebula will be one of the next supernova explosions in the Milky Way.