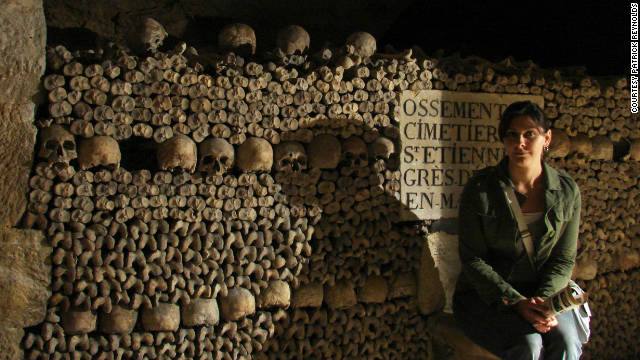 Now, Kristina Killgrove, an archaeologist from Vanderbilt University, wants to tell their story by sequencing their DNA, and she is raising donations to do it. “Their DNA will tell me where these people, who aren’t in histories, were coming from,” she says. “They were quite literally the 99% of Rome.”

People have long been interested in the Romans, but most archaeologists only started paying attention to their skeletons in the last 30 years or so. There are currently anywhere between 10,000 and 20,000 skeletons knocking about in Italian warehouses, and most have been ignored because of lack of money and personnel. “It’s an untapped data source, especially about the common people, the ones we know nothing about,” says Killgrove.

Since 2007, Killgrove has been studying 200 skeletons recovered from lower-class graves excavated outside Rome’s city walls. As they went about their lives, these Romans incorporated chemical isotopes from their water, food and environment into their bones and teeth. By measuring the levels of these isotopes, Killgrove could reconstruct the lives of her subjects.

Carbon and nitrogen told her they ate different and varied diets, which included wheat, barley and fish. Strontium and oxygen revealed that a third of them had immigrated to Rome after their childhood, and had very similar lives to the locals. That was a surprise.

Ancient Rome lacked any formal census, so it is hard to pin down the dynamics of its population. Many people thought only young boys came to the city, but Killgrove found older men, women and children among her immigrants.

She thinks that some could have travelled to Rome from as far away as North Africa, but the isotopes cannot pinpoint a location. To do that, Killgrove wants to extract DNA from the bones of as many immigrants as possible.

This will mark the first time anyone has sequenced DNA from a Roman skeleton, and it is part of a growing field of “molecular archaeology,” in which scientists turn the tools of modern genetics toward ancient civilizations. Several teams have sequenced DNA from Egyptian mummies, both human and crocodile. John Dudgeon, one of Killgrove’s collaborators from Idaho State University, has been sequencing the DNA of Easter Islanders. Other societies, from the ancient Greeks to the Etruscans, are likely future targets.

But for the moment, Killgrove’s attention is squarely on Rome. She says, “I’m trying to fill in these huge gaps in history and piece together what life was like for the average people in Rome.” She will start with where they came from.

Killgrove’s own origin story, like many of the best, involves radiation. At the age of 7, she broke her arm and while discussing her X-ray, her doctor asked, “Do you want to know how tall you’ll be when you grow up?” As Killgrove writes: “Predicting the future from bones –that is how you blow a 7-year-old’s mind.” That incident sparked a longstanding and “slightly creepy” love for skeletons, which fused with a fascination for ancient civilization. Both interests are abundantly clear in her research and her personal blog, Powered by Osteons.

To finance her new project, Killgrove is looking for public donations. She is one of 49 scientists who are trying to persuade the public to fund their research as part of the SciFund Challenge. With more than a month to go, she has already raised more than a third of her $6,000 target. Her donors are mostly members of the public, and include several “weekend genealogists.” One generous individual has donated $1,000, earning an acknowledgement on the eventual research paper.

Killgrove says the crowdfunding model comes into its own for small pilot projects, which can provide the basis for larger grant applications. “I don’t think it could fund an archaeological expedition, which could cost tens of thousands of dollars,” she says. “But for these small-scale projects, I think it’s a great way of raising money and bringing the public into my science.”