NASA officials plan to make an early morning call on whether to shelter the crew of the International Space Station when a 4-inch diameter piece of debris from a Chinese weather satellite passes by Wednesday.

The piece of the Fengyun 1C, which was destroyed in 2007 by a Chinese missile test, is expected to pass by at 4:43 a.m. ET, mission control at NASA's Johnson Space Center in Houston said.

The initial projections were for the Fengyun 1C remnant to miss by around 2,800 feet, but Humphries said "Our last update was looking better."

NASA will make the final call at 4 a.m. ET on whether to move the three-member crew in the space station into the Soyuz vehicle attached to it. 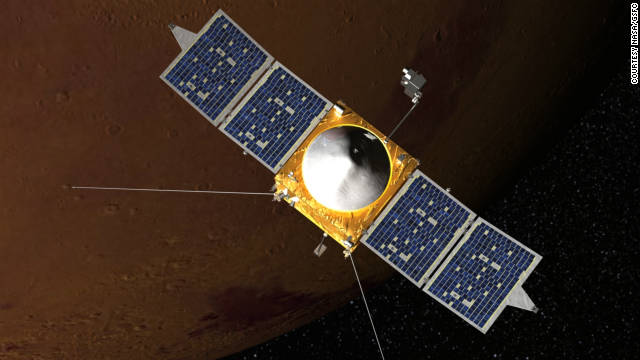 With NASA's "Curiosity" rover due to launch on November 26, Mars exploration is once again on the space agenda.

"Curiosity" - full name Mars Science Laboratory "Curiosity" - will search for signs that Mars is, or ever was, able to support microbial life.

But even as the Science Laboratory is being prepared for launch, more missions to the Red Planet are being planned and new technologies are being researched that will allow ever more information about Mars to be collected.

Take our quiz and find out how much you know about the future of Mars exploration. 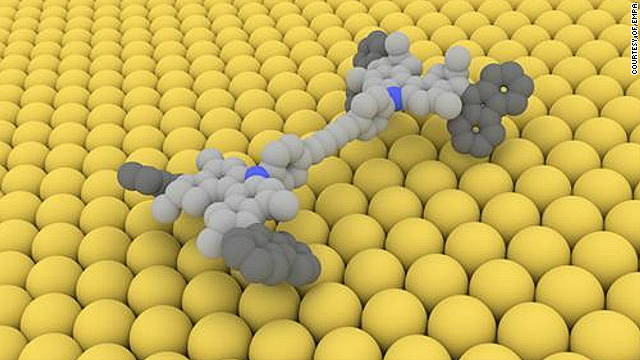 A CGI of the electric-powered nano car created by Dutch researchers
November 22nd, 2011
10:09 AM ET

A tiny nano-sized car which can propel itself forward in response to electrical pulses has been created by scientists in the Netherlands.

The electric-powered vehicle, which is the size of a single molecule, has a chassis and four paddle-shaped wheels and is roughly one-billionth the size of a traditional hatchback car.

Its maiden journey wasn't exactly epic - six nanometers - and its fuel-efficiency wasn't world-beating either, needing a jolt of 500 millivolts every half revolution of its wheels. 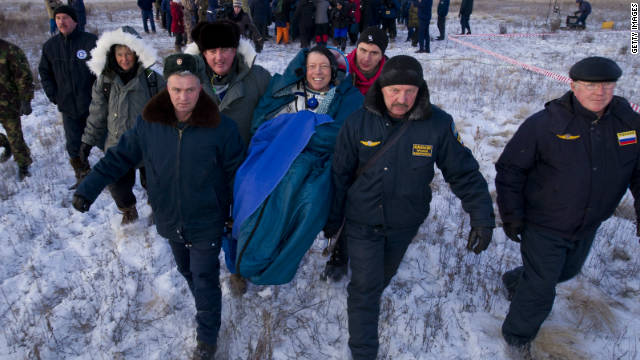 Astronaut Mike Fossum smiles as he is carried in a chair to the medical tent just minutes after landing in Kazakhstan.
November 22nd, 2011
09:14 AM ET

Cmdr. Mike Fossum and Flight Engineers Satoshi Furukawa and Sergei Volkov landed their spacecraft in Kazakhstan early in the morning. They had been at the International Space Station since June 9.

The aircraft landed on its side, which was not unexpected, NASA said, adding that Fossum smiled as he was carried out.

Before leaving the station, Fossum turned over command to Dan Burbank, NASA said. Burbank, along with Flight Engineers Anton Shkaplerov and Anatoly Ivanishin, took off for the space station from the Baikonur Cosmodrome in Kazakhstan on November 14.

Behind the scenes of the 'search for life'

The Kepler telescope finds a planet circling two suns, right out of "Star Wars." Data from the Galileo mission suggest that a body of liquid water the size of the Great Lakes is on Jupiter’s moon Europa. The Mars Reconnaissance Orbiter finds sand dunes rippling across the planet’s surface.

Every day, NASA pours out press releases with fascinating, sometimes groundbreaking revelations. The problem is, much of it flies under the radar, getting absorbed, minimalized and shoved aside in the noise of events around the world. Unless you are addicted to Light Years (and I hope you are), you could easily miss this wonderful dessert NASA keeps serving up, a heavenly hash of sorts.