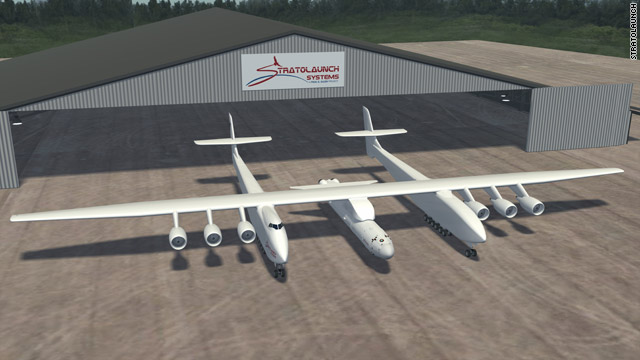 Stratolaunch Systems' new launch system will have three main components: a carrier aircraft, a multistage booster rocket, and a mating and integration system that will allow the aircraft and booster to work together. The carrier aircraft will be developed by Rutan's Scaled Composites, the same company that built SpaceShipOne. The booster will be built by Elon Musk's Space Exploration Technologies (SpaceX), and Dynetics will be responsible for the mating and integration system.

The goal is to bring quick-turnaround, "airport-like operations" to spaceflight, first with payloads and eventually with humans, with plans for a first flight within the next five years. Compared with launching from the ground, launching from the air will cost less and be safer, more flexible, and more responsive.

The carrier plane will be the largest plane in the world: it's designed to have a wingspan of more than 380 feet and will fly using six Boeing 747 engines. Takeoff and landing will require a runway 12,000 feet long. 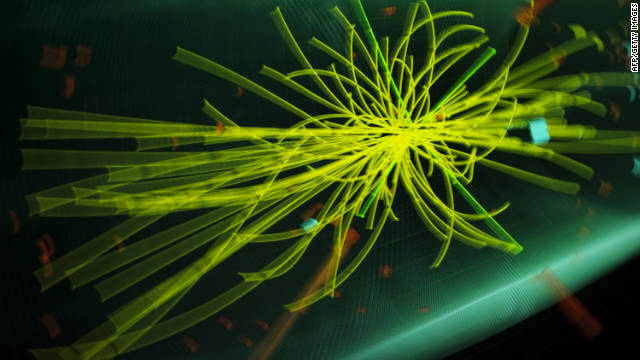 "39 years ago, today, scientist-astronaut Harrison H. Schmitt is photographed standing next to a huge, split lunar boulder during the third Apollo 17 extravehicular activity (EVA) at the Taurus-Littrow landing site. The Lunar Roving Vehicle (LRV), which transported Schmitt and Eugene A. Cernan to this extravehicular station from their Lunar Module (LM), is seen in the background. The mosaic is made from two frames from Apollo 17 Hasselblad magazine 140. The two frames were photographed by Cernan."