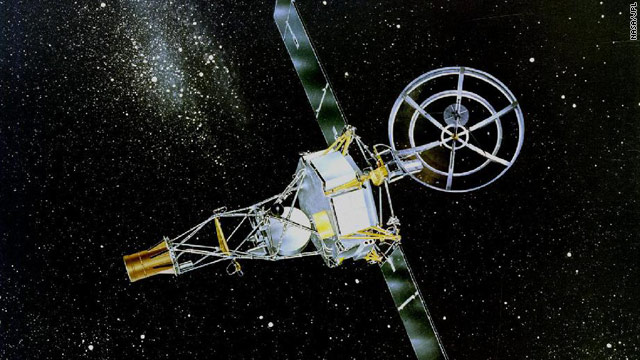 On this day in 1962, the US spacecraft Mariner 2 flew past Venus.

Mariner 2 was the first planetary spacecraft to fly, acting as a backup to Mariner 1, which failed shortly after launch. By the time Mariner 2 approached Venus, it had lost a solar panel and possibly collided with a small object.

The spacecraft carried science instruments that discovered Venus' hot surface temperatures and high surface pressure. Mariner 2 also revealed that Venus has an atmosphere made up mostly of carbon dioxide and perpetual cloud cover.

Mariner 2 also helped determine that solar winds are continuously streaming in the space between the planets.