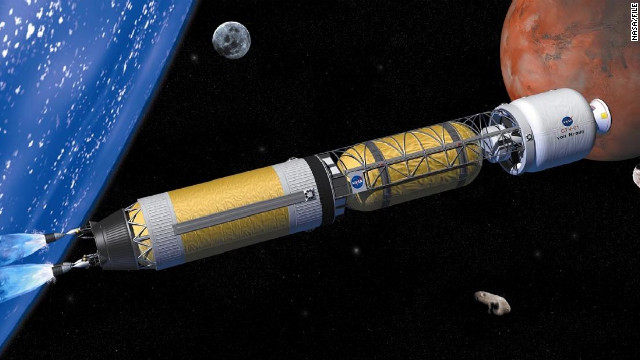 A nuclear fuel production facility in space might power a nuclear rocket, seen here in an artist's rendering, to Mars.
December 27th, 2011
09:01 AM ET

You might call it an idea factory for space exploration. A unique program at the University of Southern California asks students at the Graduate Space Concepts Studio of the Department of Astronautical Engineering to dream up humanity’s next big space adventure.

This spring, development of the lunar research park idea will be shared with USC’s School of Architecture in a special graduate study topic called “Moon Studio.”