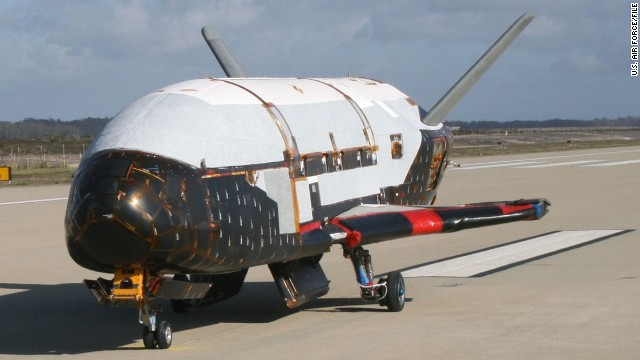 I see you: Spy versus spy in space

The online space community was surprised to say the least. A respected British space magazine editor said last week that the Pentagon's secret unmanned X-37B spaceplane was likely spying on a Chinese satellite.

The blogosphere erupted with outrage. The spacecrafts' orbits were too different, experts said.

Really? It's common knowledge in the intelligence community that the U.S. has been using satellites to "inspect" other orbiting hardware for half a century, says defense analyst John Pike of globalsecurity.org. What factors are coming into play now that are launching the orbital spy game to an unprecedented level?

In the coming decades, satellites are expected to get smaller and stealthier and more maneuverable, experts say, and their sensor abilities will increase with the accelerating rate of technological development. The U.S. still leads the world in space technology, but other nations, including China are closing the gap. The Chinese "recognize the value of space assets and are very rapidly adding to their inventory and their capabilities," says space defense policy analyst Joan Johnson-Freese. "They're coming up in the learning curve."

The U.S. has been flying stealth satellites designed to evade detection since the early 1990s, says Pike. “The Russians and the Chinese are sort of stuck 20 years behind us, so developing stealthy satellites is only something that they would try to do now,” Pike says. “But I don’t know if they’re actually doing it.”

There's a lot of stuff up there.  And most of it is floating space junk. In all, about 21,000 man-made objects bigger than 10 centimeters now orbit the planet, according to the Pentagon.  An extra 1,000 objects are thought to be active satellites, according to the Union of Concerned Scientists. Tracking them all is challenging enough. Identifying them can be more difficult - especially the stealthy ones.

A chief reason to engage in space-to-space surveillance says Pike, is to identify stealth satellites.

Critical to the whole equation is something experts call RPO – rendezvous and proximity operations – the ability for satellites to fly close to each other and perform tasks - like spying. RPO development, experts say, is on pace to serve the surveillance community well in the coming two decades.

The hardware on the drawing board is secret, of course. But analysts and amateur satellite trackers love to speculate about high-performance, amazingly maneuverable micro-satellites designed to spy on other orbiting objects. There's talk about new, anti-satellite orbiters designed to deliberately crash into other orbiting satellites.

Last year China's SJ-12 satellite "bumped" into another Chinese satellite, leading to speculation about whether the incident was an intentional part of an anti-satellite development program. Brian Weeden, an ex-Air Force orbital analyst who now analyzes space technology for Secure World Foundation, looked closely at U.S. Air Force data from the Chinese incident. Weeden doubts that the bump was intentional.

"If you wanted to test an anti-satellite weapon system you need to collide with the target in a very different manner," Weeden says. "The approach needs to happen very fast so they have little to no warning, resulting in a 'bump' at very high speeds to destroy the target. The SJ-12 did completely the opposite."

The Pentagon has been busy with satellite RPO too. The U.S. Air Force’s experimental satellite XSS-11 launched in 2005 and rendezvoused with the upper stage of its own launch rocket.

But pulling up to the bumper of these orbiting satellites isn’t easy. Some of these objects are streaking by at more than 15,600 mph. Taking a photo of something under those conditions would stymie Hollywood's most ruthless paparazzi.

And optical technology is definitely still in fashion. "You can rotate a camera on a satellite - or rotate the satellite itself - to align it and gather data on another orbiting object," says Weeden.

Just last year the Air Force launched a 2,300-pound telescope dubbed the Space Based Surveillance System (SBSS), a low-earth-orbit satellite described by its manufacture Boeing as "a space-based sensor with the ability to detect debris, spacecraft or other distant space objects."

Naturally, all spacefaring nations want to protect their eyes in the sky. But Pike says Washington is uniquely worried about somebody "poking our eyes out."

"It's because we're located on the other side of the planet from Russia and China," he explains. "It's harder for the U.S. to know what's going on in our areas of concern than it is in their areas of concern."

Space-to-space surveillance aims to identify not only the purpose but the technology of satellites. As you'd expect, some of this science is pretty sophisticated.

Spy satellite technology has advanced way beyond the ability to simply photograph objects. Multi-spectral or hyper-spectral imaging uses hundreds of different wavelengths of light to “see” what might otherwise be invisible. Different materials absorb different wavelengths of light, which might reveal to analysts what an object is made of. Suddenly an object that’s camouflaged is seen more clearly.

Another critical tool is radar.

“You have in recent years an explosion of radar imagery," says Weeden. The advantage of radar is it penetrates clouds. Also, radar isn't affected by changes in daylight. “There's been talk about using satellite radar to track vehicles on the ground – but that’s still a future concept," says Weeden. "But what radar satellites can do - with the right software they can scan large parts of the ocean and track ships.”

Just last month, Japan launched a radar equipped spy satellite which analysts speculated would be used to spy on North Korea, according to news reports.

By 2015, the U.S. Air Force intends to begin deploying a “space radar” system with a “constellation” of nine satellites surrounding the planet to  “significantly enhance our level of persistent surveillance against our adversaries.”

Weeden predicts a slew of unmanned orbital vehicles that will be used for a whole bunch of different reasons.

“Everything from on-orbit inspections, to satellite repair, to re-fueling satellites – or even towards the future - removing debris from orbit."

The Pentagon is developing a fascinating RPO-based project called Phoenix aimed at developing hardware that can approach dead, orbiting satellites, grab their useful equipment -  like antennas – and re-use the parts to build new satellites right there on the spot.

Although the heated Web commentary has cooled off from last week's claim about the X-37B, the question remains: what is the spaceplane's mission?

"It may very well have a space-to-space surveillance capability," says Pike. "It may have released test objects that it took a look at."

But Pike is skeptical. The spacecraft, which has been in development since 1999 first by NASA, and then the Pentagon's research arm DARPA, and then the U.S. Air Force, has had "many paymasters" and "cooks in the kitchen," says Pike. "It's the nature of bureaucratic projects," he says. "The secret of the thing may be that we spent a billion dollars for no real purpose."