Comet death may hint at birth of Earth

It may be the closest thing to hell ever observed by science.

Researchers revealed breathtaking images on Thursday of a kamikaze comet called C/2011 N3 (SOHO) taking a swan-dive into the sun.

Images and research published in the journal Science show a house-sized rock plummeting at more than 1 million miles per hour through million-degree temperatures to within a relative hair's breadth of the sun's surface.

Observations like this have never been seen before, says Karel Schrijver, who led the research at Lockheed Martin Solar and Astrophysics Laboratory in Palo Alto, California. "It's never been observed anywhere near this close to the sun."

END_OF_DOCUMENT_TOKEN_TO_BE_REPLACED 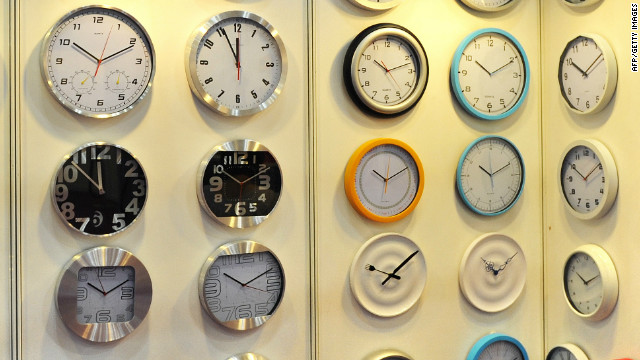 Is time running out for the leap second?

Thursday could be a key moment in the future of time keeping.

More than 100 countries are due to decide on whether to keep the present method of adding so-called leap seconds to the global time system at the Radiocommunications Assembly in Geneva, Switzerland.

Currently, this Co-ordinated Universal Time or UTC is based on a system of extremely accurate atomic clocks. But they are so precise that they do not match the rotation of the Earth which periodically speeds up and slows down due to the action of the tides and changes within the Earth's core. 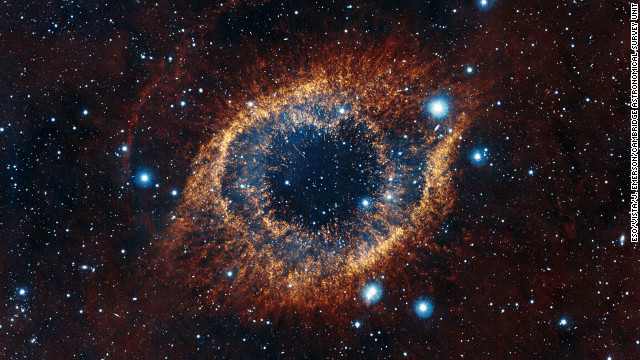 Astronomers now have their most detailed view yet of the Helix nebula, one of the closest planetary nebulae to Earth.

The image comes from the VISTA telescope, the world's largest survey telescope, at the Paranal Observatory in Chile. Using infrared light filters, scientists have colored the image to reflect the spectrum of radiation from the nebula. It's the best image yet of the Helix nebula, said Jeremy Walsh, a scientist at the European Southern Observatory in Germany.

Contrary to its name, a planetary nebula does not include a planet. Rather, it forms like this: As a star ages and gets larger, the gas that surrounds it starts to get blown off into a large, fuzzy ball of gas. The star heats up and lights up the nebula, which refers to the molecular gas, ionized metal and dust around it.