Why GOP candidates are talking about space

CNN's John Zarrella shares his insights into what's going on with politics and the space program:

Newt Gingrich got a lot of mileage out of his comments on building a moon colony by 2020. Whether you think that should get him a one-way ticket to the moon on the first flight or you believe his vision is an inspiration, he did accomplish one big thing.

Gingrich got the conversation started. What kind of space program do we want? What kind can we afford? Had Gingrich not said what he said, the space program might have been totally ignored, as it has been so often in the past.

But it came up at the CNN debate Thursday night in Jacksonville. And it came up again Friday afternoon.

END_OF_DOCUMENT_TOKEN_TO_BE_REPLACED 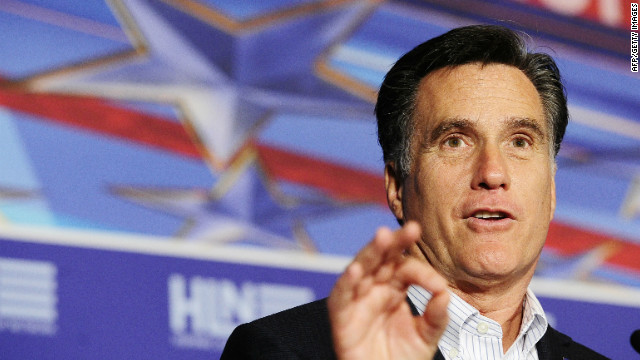 Eight former space executives threw their support behind Mitt Romney Friday, hoping to boost the candidate in a state with enormous stakes in America's space program.

In an open letter, the leaders said Romney was the candidate best positioned to reignite a program they said had languished under President Barack Obama. 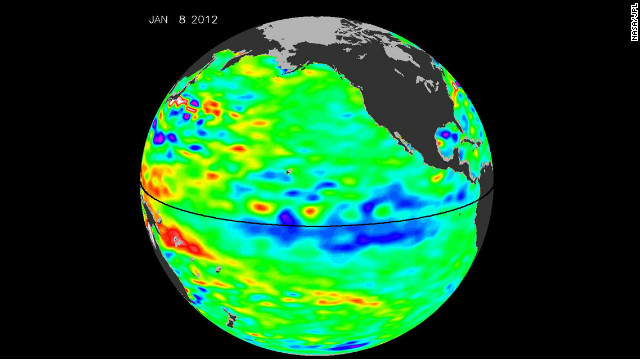 END_OF_DOCUMENT_TOKEN_TO_BE_REPLACED

Cloud Streets Off of the Aleutian Islands

"Strong winds polished the snow of southwestern Alaska and stretched marine stratocumulus clouds into long, parallel streets in early January, 2012. After crossing Bristol Bay, the winds scraped the clouds across the tall volcanic peaks of the Aleutian Islands. As the wind impacted the immobile mountains, the airflow became turbulent, swirling in symmetric eddies and carving intricate patterns into the clouds on the leeward side of the islands.

At the top of this image, the bright white color indicates a thick layer of snow overlying the land of southwestern Alaska. The pristine white is broken by the rugged Ahklun Mountain Range in the east, which is partially covered by a bank of clouds.

Off the coast of Alaska, sea ice floats in Bristol Bay, cracked and chipped by the flow of the waters which lie underneath. A few cloud streets – parallel lines of clouds – can be seen in the far northwest over land. The clouds increase over the sea ice and become thick over open water, where row upon row of clouds lie close in perfectly parallel formation.

The Aleutian Islands stretch from northeast to southwest across the image. Sea ice, which is bright white here, lies on the windward side of the islands. A few of the tallest volcanic peaks can be seen rising from the icy islands.

The character of the cloud streets change as they impact the Aleutians, especially near the center of the image, where two rows of beautifully symmetric swirls of eddies in the clouds stretch across the sky. These swirling formations are known as von Karman vortex streets. This true-color image was captured by the Moderate Resolution Imaging Spectroradiometer (MODIS) aboard NASA’s Terra satellite on January 11, 2012."