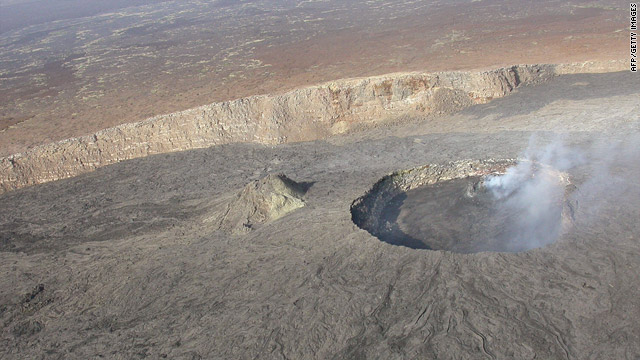 We know the stories of disruptions and destruction caused by massive volcanic eruptions, but scientists are still learning how to predict such events. A study published in Nature details how scientists studied the 'Minoan' eruption on the island of Santorini around 1600 BC, in order to learn more about the changes that volcanoes undergo ahead of such eruptions.

The challenge with predicting the most powerful volcanic eruptions, known as caldera-forming eruptions, is that they happen so infrequently that there's simply not enough information to interpret a volcano's warning signs easily. Volcanologists - scientists dedicated to studying volcanoes - can monitor active volcanoes, but studying dormant ones to try and predict the next event requires forensics.

The scientists who studied the Minoan eruption looked at pumice rocks from the volcano using a technique called diffusion chronometry. They figured out that between 100 years and a few months before the Minoan eruption, the volcano's magma reservoir underwent some serious changes. More, hotter magma was added to the reservoir in spurts, as indicated by the chemistry of the pumice's crystal structure.

More immediately, the impending eruption was also heralded by increased seismic and volcanic activity in the region, which provided some warning to the area's residents.

For a detailed description of the study results and methodology, pay Nature a visit.