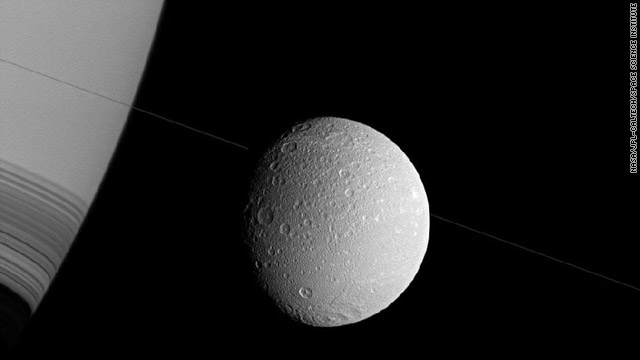 Dione on a Diagonal

"Saturn and Dione appear askew in this Cassini spacecraft view, with the north poles rotated to the right, as if they were threaded along on the thin diagonal line of the planet's rings.

The image was taken in visible green light with the Cassini spacecraft wide-angle camera on Dec. 12, 2011. The view was obtained at a distance of approximately 35,000 miles (57,000 kilometers) from Dione and at a Sun-Dione-spacecraft, or phase, angle of 41 degrees."