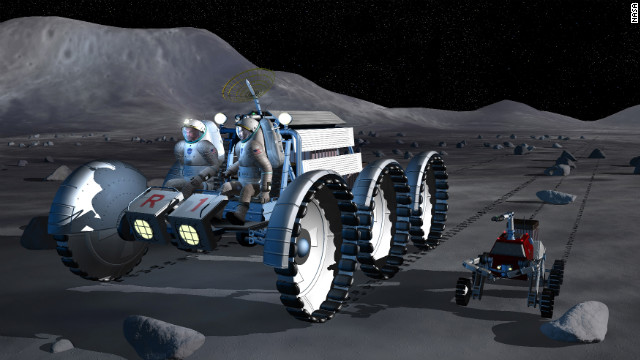 Editor's note: Charles Miller is president of NexGen Space LLC in Arlington, Virginia, a space industry consulting firm. Although NASA is not currently among the firm's clients, Miller previously served as NASA's senior adviser for commercial space from February 2009 through January 2012.

(CNN) - Lost in the laughter over the past two weeks has been GOP presidential candidate and former House Speaker Newt Gingrich's core point about America's future in space. We shouldn't just explore space, we should develop and even settle it, using the same enterprise-friendly approaches that helped open the West and the skies.

As a former NASA executive, it is clear to me that most commentators don't understand this is now possible, let alone necessary.

David Frum's recent CNN viewpoint is eerily similar to what critics have said about other visionary ideas during America's history.

To be fair, Frum makes a point that must be addressed.

With the greatest respect, "the wonder and glory of it" is not a very compelling answer to the question: "What do I get for my hundred billion bucks?"