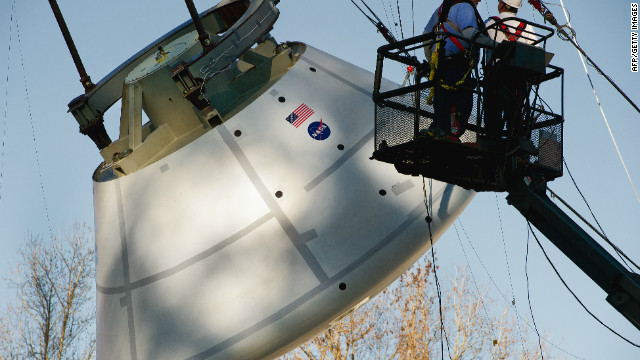 So, NASA’s proposed budget for 2013 is sort of a good news, bad news proposition.

The good news is that it could have been a lot worse. If it stands, the space agency will have just under $18 billion, a little less than last year.

So what’s the bad news? Planetary exploration would fall by $300 million. As expected, Mars exploration is getting hit hardest, a whopping $226 million cut, about 38%. In its budget statement the agency says, “NASA is taking a fresh look at robotic Mars exploration.”

A joint Mars mission with the European Space Agency for 2016 is out. Another planned for 2018 with ESA is off the table, too. During a news conference held on Monday, NASA Administrator Charles Bolden said, “tough choices had to be made.”

But at the same time, the space agency insists, “NASA remains interested in working with ESA.”

For many in the science community, this is a terrible development. In a statement, the Planetary Society wrote, “this would strike at the heart of one of NASA’s most productive and successful programs over the past decade.” It continued, “If Congress enacts the proposed budget there will be no flagship missions of any kind, killing the tradition of great missions of exploration."

Republican presidential candidate Newt Gingrich won’t like NASA’s near term plans for the moon either. The Lunar Quest Program, small to medium satellites, barely has a heartbeat. There’s one more moon mission on the table and then Quest gets phased out. There’s no moon base in this budget. Not even a moon rock.

During a news conference, NASA Administrator Charles Bolden said the budget preserves the agency’s three primary goals: to continue the development of a new heavy lift rocket and the Orion capsule for human deep space missions, fully implement the International Space Station as a science laboratory, and fund the continued work on the James Webb Telescope.

Bolden said, “It’s a great news story.” The budget, he insisted, will keep the U.S. as the world’s leader in space exploration. Of course, that’s a tough sell when you don’t even have a vehicle any longer to get astronauts into space.

According to the 2013 budget proposal, it will be another four years before commercial companies will be ready to start flying astronauts to the Space Station. By then, there will only be three years left in the station’s current life expectancy.

Much of NASA’s money is being gobbled up by the PacMan like Webb Telescope. It is already about $6 billion dollars over budget and years delayed. It may fly in 2018. When it does, space agency scientists say it will revolutionize our understanding of the universe. It will be the Hubble Telescope on steroids.

Clearly, NASA is flying, or at least attempting to fly, on a shoestring budget. It $17.7 billion is less than half of 1% of the overall federal budget. It appears the agency will be “NASA lite” for many years to come.