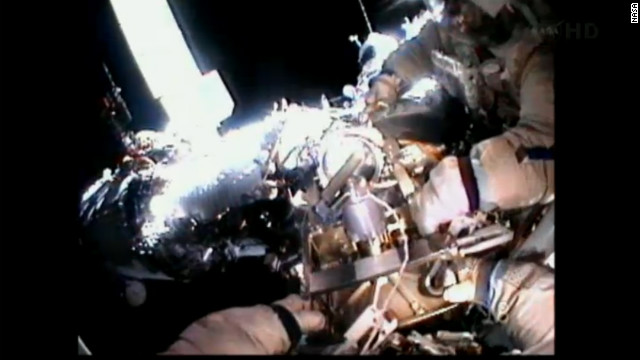 Editor's note: Light Years guest blogger Kate Arkless Gray studied genetics at Cambridge, before embracing a career as a radio producer and broadcast journalist. She enjoys travel, photography and adventure. She writes the spacekate.com blog and can be found on Twitter @SpaceKate.

I'm grinning from ear to ear.

As I type this, cosmonauts Anton Shkaplerov and Oleg Konenenko are engaged in a Russian spacewalk, whilst orbiting the Earth at 17,500 mph.

Cameras on the international space station, and also mounted on the cosmonauts' helmets, are showing me their every move.

A translator relays the conversation between the spacewalkers and mission control in Korolev, Russia.

During this spacewalk the pair were due to move a 46-foot (14 meter) crane from one part of the space station to another and install some shields to protect the station from space debris.

After grappling with the crane they ran out of time for installation of the shields and instead concentrated on taking some swab samples of surface residue from the Zvezda service module. The hope is to study the residue to get a better idea of the space station's lifespan.

The reason I'm smiling continuously throughout this six-hour EVA (extra-vehicular activity) is that I had the pleasure of meeting and befriending Anton Shkaplerov before he launched into space. 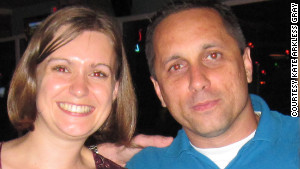 Today I witnessed Shkaplerov take his first steps outside of the space station and I feel full of excitement. Watching him work in space is breathtaking, so what must it be like for him on his first spacewalk?

I asked Canadian astronaut Commander Chris Hadfield to describe what it's like to pass through the ISS hatch and out into space.“Pulling yourself out into the void is bizarre” he said, “like deliberately giving birth to yourself."

"It is hard to concentrate on the vital work with the world pouring by next to you” he explained. "Africa going by gave me vertigo, which made me laugh."

I continue watching the live video stream from the cosmonauts' helmet cameras, watching the world pass below them. "To be alone, weightless, between the brilliant colors and textures of Earth and the eternal velvet blackness of space is a magnificent human experience," says Hadfield.

I can only imagine what that must be like, but I feel privileged to have been able to join Anton and Oleg on their spacewalk today. In spirit, at least! 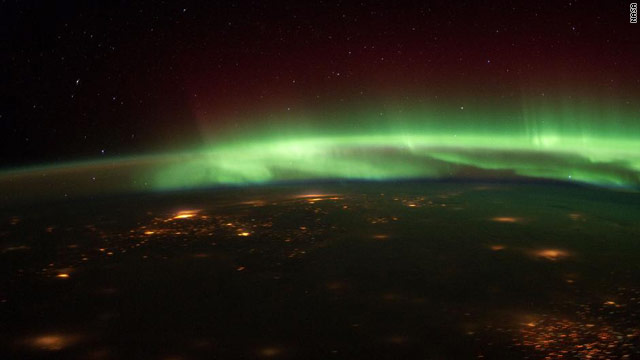 Aurora Borealis Over the Midwest

"In this image taken on Jan. 25, 2012, the Aurora Borealis steals the scene in this nighttime photograph shot from the International Space Station as the orbital outpost flew over the Midwest. The spacecraft was above south central Nebraska when the photo was taken. The image, taken at an oblique angle, looks north to northeast."