They are nightmarish images that are burned into the national consciousness: the ominous twin exhaust trails of the exploding space shuttle Challenger.

More than a quarter century later, in an extremely rare discovery, Bob Karman of  Hicksville, New York,  has uncovered amateur VHS videotape of the tragedy, shot during his family's vacation on that day, January 28, 1986. The video first surfaced on  New Scientist.

Appearing on CNN Newsroom on Friday, Karman said he believes it is the only known VHS amateur videotape of the explosion. The other known tape was shot on Betamax format, Karman told CNN's Fredricka Whitfield. "The emotions do come out every time you see the tape  and the tragedy that occurred," said Karman. "It just reinforces the bravery of these astronauts going up in space."

In the video, Karman, his late wife and his then-three-year-old daughter Kim are at an Orlando, Florida, airport - about 50 miles from Kennedy Space Center.

"While we were at the airport people were returning from their vacations and I said, 'Look over there and you'll be able to see the space shuttle taking off,'" Karman recalled.

Off camera, you can hear voices in the video suggesting that they're unaware of the historic events that are taking place before their eyes.

"They're on their way," says a voice.

Of course they weren't on their way.

"I had a sense that there was something going wrong," said Karman. "But it wasn't until we got on the airplane that the pilot announced the tragedy that had occurred."

"The rest of the plane flight home was very somber."

Karman's daughter can be seen at the top of the video. She now works at New Scientist, said Karman, who stumbled across the tape again after all these years as part of a home-video digitizing project in preparation for his retirement.

"I remembered this tape, but it was a lot better than I remembered," Karman said. "So I sent a copy to my daughter at New Scientist magazine and it became an Internet sensation."

How often does an artifact like this pop up? Especially when you consider that most Americans didn't own video recorders in 1986. It makes you wonder what other historic video treasures are out there buried in closets, attics and basements. 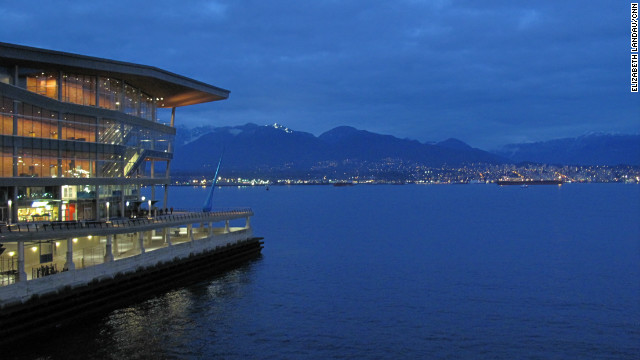 Editor's note: Elizabeth Landau (@lizlandau) is a writer/producer for CNN.com.

Meat from stem cells? Singing without your vocal chords? I'm still trying to mentally process all of the cool research that I learned about at the American Association for the Advancement of Science annual meeting.

Last weekend, @AAASMeetings drew about 8,000 scientists, journalists, educators, policymakers and communicators came from all over the world to idyllic Vancouver, British Columbia.

For someone who misses the knowledge-thirst-quenching aspects of college, it's pretty blissful. You choose between dozens of subjects to learn about during the day, and then you get to hang out with fascinating people in the evenings. And you're tweeting the highlights to thousands of people, some of whom will want to meet up with you later. Of course, you'd better get those tweets right, or you'll get a #FAIL.