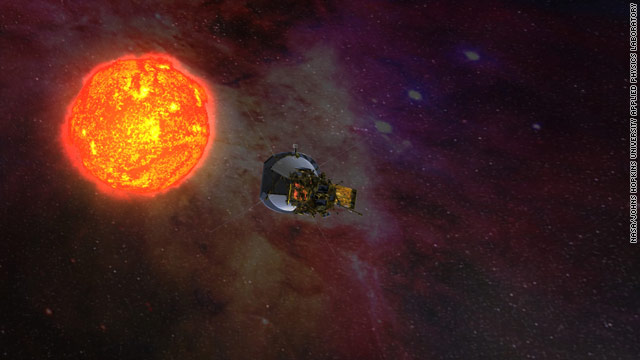 The planned Solar Probe Plus approaches the sun in this artist's rendering.
March 6th, 2012
03:07 PM ET

Studying the sun up close: Solar Probe Plus

There's a new spacecraft being designed to study the sun: the Solar Probe Plus, managed by a team at Johns Hopkins Applied Physics Laboratory, or APL. The scientists behind it aim to answer two fundamental questions: why the sun's atmosphere is hotter than its surface, and what's responsible for accelerating solar wind.

Part of NASA's Living With a Star program, which looks to study how the sun, solar system and Earth interact, the Solar Probe Plus would break new ground in science with regard to our central star.

The Solar Probe Plus will be designed to orbit the sun 24 times, getting closer to the star with each orbit. The probe will do something no spacecraft has done yet: approaching it as close as 4 million miles from the surface. (Considering the sun is 93 million miles from Earth, that is indeed "close.")

"Solar Probe Plus will revolutionize our knowledge of the physics of the origin and evolution of the solar wind," Nicky Fox, Solar Probe Plus project scientist at APL, said in a release.
END_OF_DOCUMENT_TOKEN_TO_BE_REPLACED

Check out this beautiful simulation of the moon in 2012, hour-by-hour, produced by the Goddard Space Flight Center's Scientific Visualization Studio.

Phil Plait, @BadAstronomer, explains the motions of the moon along with some neat trivia in the video's captions. He also posted details over at his blog, which can be found here. 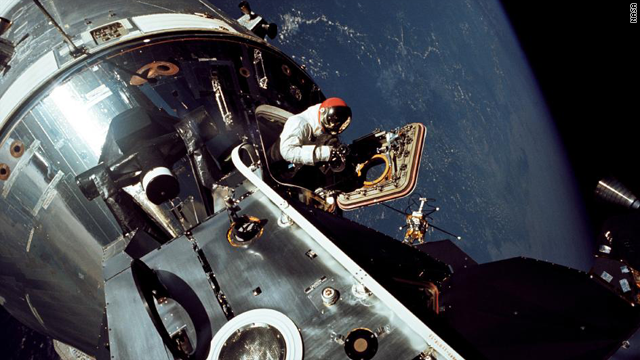 "This image, taken on March 6, 1969, shows the Apollo 9 Command and Service Modules docked with the Lunar Module. Apollo 9 astronaut Dave Scott stands in the open hatch of the Command Module, nicknamed "Gumdrop," docked to the Lunar Module "Spider" in Earth orbit. His crewmate Rusty Schweickart, lunar module pilot, took this photograph from the porch of the lunar module. Inside the lunar module was Apollo 9 commander Jim McDivitt. The crew tested the orbital rendezvous and docking procedures that made the lunar landings possible."