Cassandra Lawson admits that beekeeping wasn't popular and was considered "a little eccentric" when she first started.

"Most people thought that it was weird," the Decatur, Georgia, beekeeping teacher says. "Why would you want bees and you live in the middle of a city?"

But Lawson's not the only one fascinated with bees these days. Interest in beekeeping, or apiculture, has been on the rise in the United States.

The bee's role as a pollinator is an important part of commercial agriculture as well as gardening. Or as Lawson puts it, "Pretty much if we didn't have bees or other pollinators, we'd eat mush."

But what is the attraction for these urban and suburban beekeepers, who may live far from any large-scale crops?

One appears obvious: honey. Charles Berry, who came out for Lawson's introduction to beekeeping class, says, "I'm naturally a city boy, but I've always been very interested in bees and what they do, and I love honey."

But honey fiends should keep in mind that bees eat the honey as well, and Lawson recommends that you not take any honey from the bees for at least a year in order to have a productive hive.

But it's not just the honey. Some people say they are intrigued by the complex society and behaviors of the bees and see them as pets, while others find beekeeping as a way to connect with nature better.

"Bees pollinate everything that we eat so you're doing your benefit for Mother Nature," Berry says.

Michael Bush, a Nebraska computer programmer who has become a prominent voice in the backyard beekeeping community and the author of a book on the subject, said that bees are so fascinating to people that they become an obsession. " 'Bee Fever' has been well-documented for centuries. Bees are too interesting," he said via e-mail.

But while there has been a rise in backyard beekeeping in recent years, commercial beekeepers have been battling a problem known as colony collapse disorder.

The commercial beekeepers have found their bee colonies stricken by mysterious failures that have been attributed to various causes - from pesticides to lack of genetic diversity to the chemicals used in beekeeping to try to keep bees pest-free.

Some have even speculated that cell phones somehow interfere with bees' navigational senses. No definitive cause has been determined, with major studies by the U.S. Department of Agriculture finding a variety of factors responsible for the cases it documented.

Given the worry over the insect's future, many of the new wave of beekeepers see their role as defenders of bees to help propagate the population if commercial colonies suffer a catastrophic decline.

Bush said he recognizes that concerns about colony collapse disorder may be a driving force in the rise behind beekeeping, and he sees the increase as a good thing.

"For one thing, it makes people aware of reality," he said. "Bees are tied into the entire ecology around you, and when you keep bees, you begin to be aware of that ecology and that real world instead of the virtual world of TV and the Internet."

For her part, Lawson said the disorder - whatever the cause - is not something about which backyard beekeepers have to worry.

But there are plenty of other hazards that can befall urban beekeepers, and Lawson has some advice for neighbors who can make the environment more hospitable to bees: Avoid "monoculturing" their yards.

"Let the clover and dandelion grow. Don't mow all the time. Don't use pesticides unnecessarily. ... Let your yard be a meadow," she said. 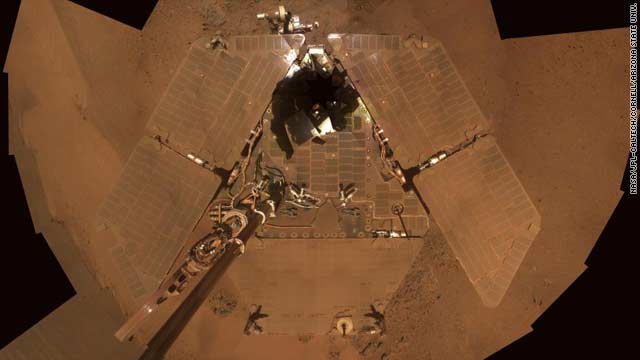 "This self portrait from NASA's Mars Exploration Rover Opportunity shows dust accumulation on the rover's solar panels as the mission approached its fifth Martian winter. The dust reduces the rover's power supply, and the rover's mobility is limited until the winter is over or wind cleans the panels.

This is a mosaic of images taken by Opportunity's panoramic camera (Pancam) during the 2,111th to 2,814th Martian days, or sols, of the rover's mission (Dec. 21 to Dec. 24, 2011). The downward-looking view omits the mast on which the camera is mounted.

The portrait is presented in approximate true color, the camera team's best estimate of what the scene would look like if humans were there and able to see it with their own eyes.

Opportunity has worked through four Martian southern hemisphere winters since it landed in in January 2004 about 14 miles (23 kilometers) northwest of its current location. Closer to the equator than its twin rover, Spirit, Opportunity has not needed to stay on a sun-facing slope during the previous winters. Now, however, Opportunity's solar panels carry a thicker coating of dust, and the team is using a strategy employed for three winters with Spirit: staying on a sun-facing slope. The sun will pass relatively low in the northern sky from the rover's perspective for several months of shortened daylight before and after the southern Mars winter solstice on March 30, 2012. Opportunity is conducting research while located on the north-facing slope of a site called 'Greeley Haven.'" 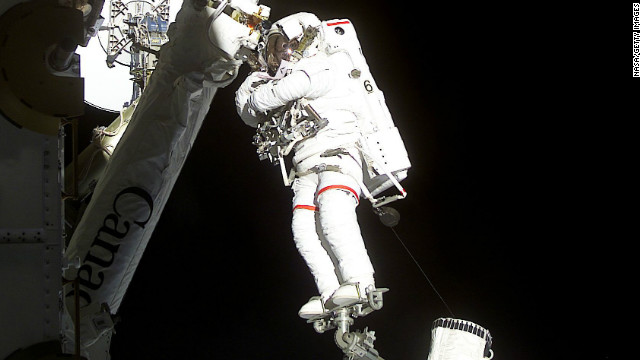