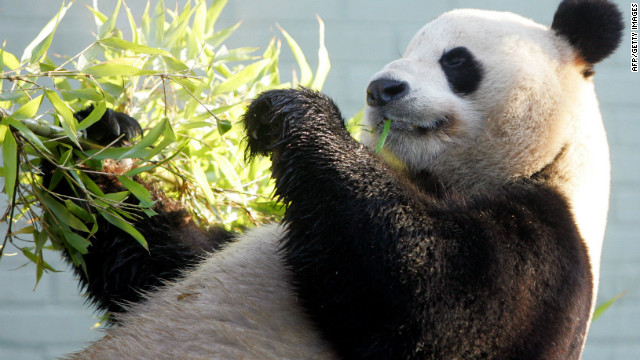 Why panda sex is so complex

"Will they or won't they?" has been the classic tantalizing question behind the romantic tensions between TV couples. It's the same for pandas, except there's more at stake.

Hopes were high among conservationists that female panda Tian Tian (Sweetie) and male panda Yang Guang (Sunshine) would mate during breeding season at the Edinburgh Zoo in Scotland. It appears they have "hit it off" and are attracted to each other, but so far they haven't actually had sex, and a successful mating between them has become more unlikely, according to a zoo statement released this week.

Experts had determined, based on hormone testing and behavioral observation, that this was the right time for the two exotic and adorable animals to meet. But, as the zoo stated, it was "close, but no cigar."

Pandas are an endangered species. There are less than 1,600 in the wild, and climate change threatens their natural habitat. That's why conservationists are so keen on the production of baby pandas - not just for more cuteness in the world, but to help the survival of the species.

Why is it so hard for pandas to have sex?

It's been long known that panda females experience sexual excitement only before ovulation, in a narrow window of time that occurs once a year. The window is open only 24 to 72 hours, sometime between February and May.

A new study in Papers-in-Press of the journal Biology of Reproduction suggests that seasonality also plays a role in male pandas' ability to mate in many important ways that have not been so closely examined before.

For instance, male pandas' sperm generally improves during the winter, reaches its best quality in March and April and declines in May; sperm production abruptly ends in June. Production of the male hormone testosterone, and other male reproductive indicators, also follow that pattern.

This seasonality is what's found in China, and is correlated with the number of hours of sunlight per day, said Copper Aitken-Palmer, veterinarian at the Smithsonian Conservation Biology Institute and study leader.

"The more we understand what’s normal, the better we are able to identify in captivity animals that may be different, and maybe identify the ones that are not as reproductively successful," she said.

In Australia, where seasons are reversed, pandas are still most reproductively fit in spring, even though the specific spring months are different in the southern hemisphere. The latitude of Scotland, being different from China, may even affect pandas there, she said.

Update: A number of readers asked about artificial insemination in pandas. This is a common practice for captive pandas, Aitken-Palmer tells us. For instance, every baby panda born at Zoo Atlanta has been the result of artificial insemination, and most groups with giant pandas in the United States, Europe and China participate in assisted reproduction techniques. 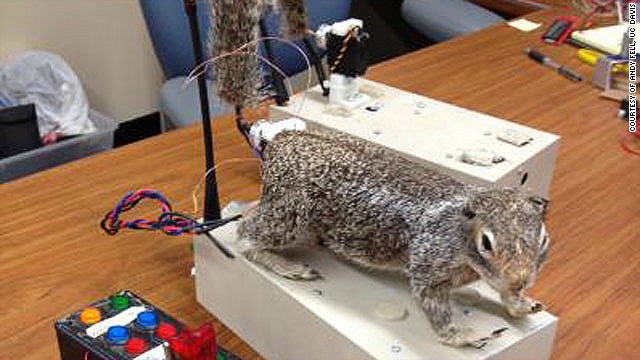 This might sound a bit nutty, but U.S. researchers are using robot squirrels to learn more about how real ones interact with their main predator, rattlesnakes.

The lifelike robot, built by a team from the University of California, Davis, can replicate two behaviors squirrels display when confronted by a rattlesnake.

Research by the late Donald Owings, professor of psychology at UC Davis, observed that rather than scamper off squirrels would approach a snake "head-first in an elongated posture, making flagging movements with their tails."

Flying cars? A plane you can drive

Flying cars are not just the stuff of sci-fi movies anymore. Massachusetts-based Terrafugia Inc. announced this week that its street-legal prototype, the Transition, completed its first flight last month, bringing the company closer to its goal of selling the flying car within the next year.

An announcement on the company’s website said the Transition reached an altitude of 1,400 feet during an eight-minute flight around the Plattsburgh International Airport on March 23.

The company says the two-seater Light Sport Aircraft can drive on roads and highways, park in a single-car garage and take to the skies using unleaded gasoline.

Click on the video to hear Terrafugia’s co-founder, Anna Mracek Deitrich, explain more about how the Transition works.