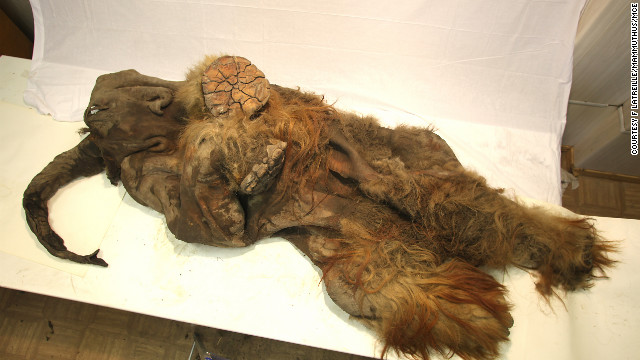 The evidence also revealed signs of human interaction with animals in the region. The expedition was financed by the Discovery Channel and the BBC.

“This is the first relatively complete mammoth carcass – that is, a body with soft tissues preserved – to show evidence of human association,” Daniel Fisher, curator and director of the University of Michigan’s Museum of Paleontology, told Discovery News.

Fisher explained that the settlers removed “parts include most of the main core mass of Yuka's body, including organs, vertebrae, ribs, associated musculature, and some of the meat from upper parts of the legs,” but the rest remained intact.

Kevin Campbell of the University of Manitoba is one of the scientists involved in the investigation, and hopes that this finding could lead to one of the most controversial bioengineering experiments: the cloning of a mammoth.

Yuka’s discovery will be broadcasted in the BBC/Discovery Channel TV show “Woolly Mammoth”, produced and directed by Tim Walker. Walker told Discovery News that it could take years or even decades to clone this extinct species.

Read this story in Spanish from CNN Mexico