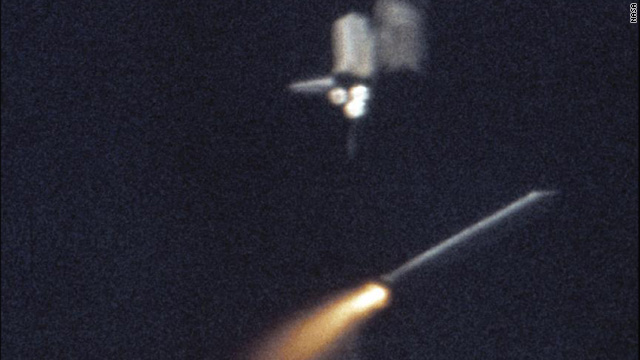 "On April 12, 1981, astronauts John Young and Bob Crippen launched into space on space shuttle Columbia on the STS-1 mission–NASA's first mission aboard a reusable spacecraft. STS-1 was NASA's first manned mission since the Apollo-Soyuz Test Project in 1975.

In this image, the two solid rocket boosters are aglow after being jettisoned."