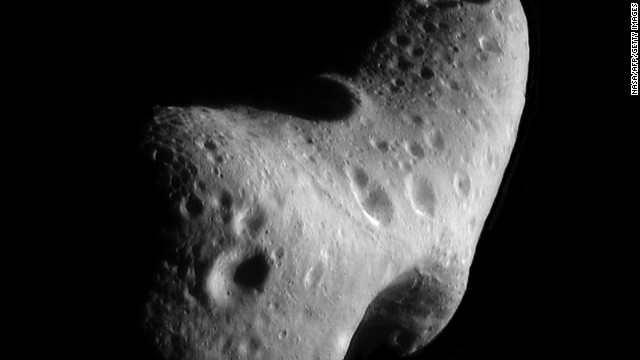 "It can be done, and yes, it's very difficult ... but the returns economically and the benefit to humanity are extraordinary," added Diamandis, who also is chairman of the X Prize Foundation.

Company representatives said having platinum and other metals in more abundance would ensure humanity's continued ability to develop important electronics, and perhaps make them cheaper.

"We can use these asteroids to grow our prosperity for the future," said Anderson, who in the 1990s founded Space Adventures with Diamandis. The company brokered millionaires' rides to the international space station on Soyuz spacecraft.

Planetary Resources adviser and former NASA astronaut Tom Jones said commercial enterprises like this one can do things that governments can't: build multiple, simple spacecraft at relatively low cost, while accepting the risk of losing some vessels, and produce at a higher pace.

He highlighted the potential usefulness of water extraction. The cost of bringing water to the international space station is $20,000 per liter, he said.

"I believe that, beyond the international space station, we won't have a permanent presence in space unless we can reduce the cost of life-support systems," Jones said. "These materials can not only spur less-costly life support, but also generate wealth, which can provide support for more exploration throughout the solar system."

Anderson said the investors realize the company could fail.

"But (the investors) believe that attempting this and moving the needle for space is worth it," he said.

The Arkyd-100 space telescopes will benefit more than just Planetary Resources, said Chris Lewicki, the company's chief engineer and a former NASA Mars mission manager. Schools eventually will be able to access them, making "a once-rare tool available to an entirely new audience."

The company plans to be relatively small. It has about 24 engineers now, and though it is looking to hire, it doesn't anticipate hiring hundreds, Anderson said. And when mining starts, the company hopes to do it all robotically, because humans in space would increase the cost.

"There may be mining expeditions that require humans, but we would really try not to if we can, because it's better business," Anderson said.

The company said it doesn't currently intend to launch its own vehicles, saying it is looking for "ride share" opportunities with other space entities that it didn't name.

While Planetary Resources focuses on asteroids, another company said it's the moon we should be mining.

Moon Express of Mountain View, California, announced Tuesday it had recruited five top lunar scientists to join its advisory board as it makes plans to extract precious metals from the moon.

The company said asteroids have been hitting the moon for ages, depositing the precious metals they carry on the lunar surface.

"There is clear evidence of significant platinum group metals on the moon from Apollo samples and lunar meteorites, and we've discovered evidence for localized hot spots that will help us choose landing sites to practice mining techniques," Alan Stern, the chief scientist at Moon Express, said in a press release.

"I believe that the presence of water and ease of mining platinum group elements on the Moon's surface far, far trumps arguments that NEO's (asteroids) are energetically easier to get samples from than the moon," Stern said in the release.

Moon Express plans to send robots to explore mining sites on the moon, the company said.