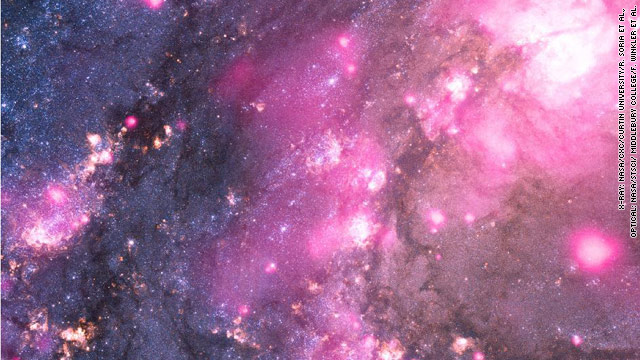 "An extraordinary outburst produced by a black hole in a nearby galaxy has provided direct evidence for a population of old, volatile stellar black holes. The discovery, made by astronomers using data from NASA's Chandra X-ray Observatory, provides new insight into the nature of a mysterious class of black holes that can produce as much energy in X-rays as a million suns radiate at all wavelengths.

Researchers used Chandra to discover a new ultraluminous X-ray source, or ULX. These objects give off more X-rays than most binary systems, in which a companion star orbits the remains of a collapsed star. These collapsed stars form either a dense core called a neutron star or a black hole. The extra X-ray emission suggests ULXs contain black holes that might be much more massive than the ones found elsewhere in our galaxy.

A paper describing these results will appear in the May 10, 2012, issue of The Astrophysical Journal."