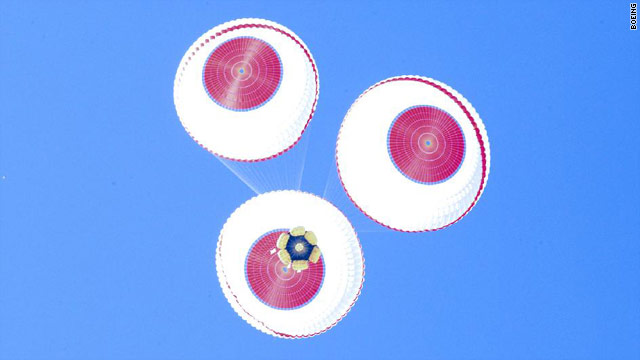 To accomplish the task, a helicopter lifted the CST-100 crew capsule to about 10,000 feet above the Delmar Dry Lake Bed near Alamo, Nev. A drogue parachute deployment sequence was initiated, followed by deployment of the main parachute. The capsule descended to a smooth ground landing, cushioned by six inflated air bags."