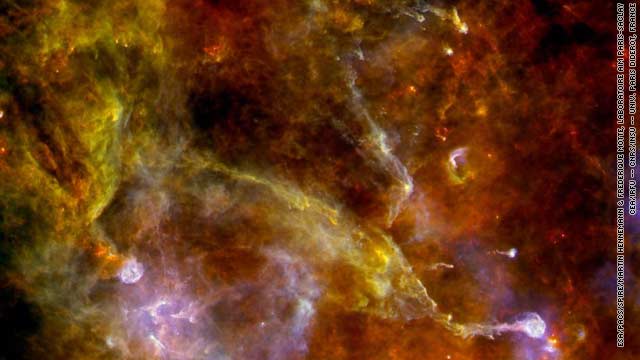 The Swan Glowing in Flight

Herschel is a European Space Agency cornerstone mission, with science instruments provided by consortia of European institutes and with important participation by NASA." 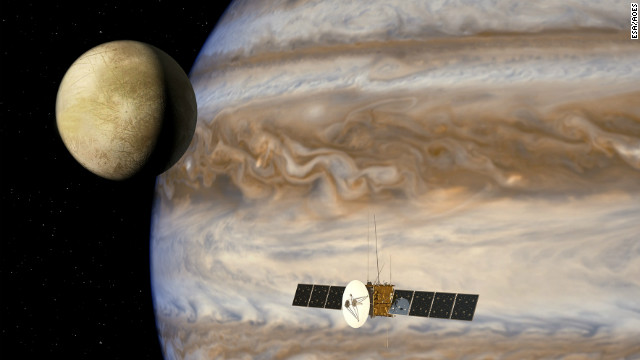 An artist's impression shows the JUICE spacecraft near Jupiter and one of its moons.
May 14th, 2012
10:23 AM ET

From the volatile landscape of Io, pockmarked by eons of volcanic activity, to Ganymede’s saltwater oceans sandwiched between hundreds of miles of ice and rock, Jupiter’s so-called Galilean moons are uniquely diverse and act like a miniature solar system.

“Jupiter is an archetype of gas giants,” says Werner Magnes from the Space Research Institute at the Austrian Academy of Sciences in Graz, Austria. “It’s a kind of mini-solar system, which means Jupiter acts like a star in a minisystem with its moons acting like planets.”

That’s why the European Space Agency chose the distant gas giant’s icy moons as the target of its next big scientific mission. The 19-member group opted this month to send a spacecraft to explore and investigate the satellites, which are located some 500 million miles away from Earth. The plan is to launch the Jupiter Icy Moons Explorer, or JUICE, in 2022.