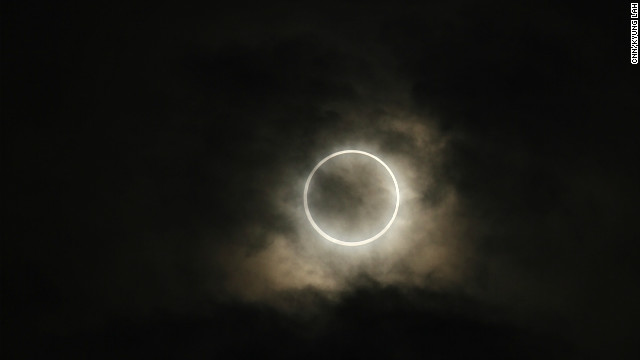 Solar eclipse projects 'ring of fire' across Asia and U.S.

The shadow of the moon swept across the globe from Hong Kong to the Texas Panhandle as a rare annular solar eclipse began Monday morning in Asia and traversed the Pacific.

The sun appeared as a thin ring behind the moon to people in a narrow path along the center of the track, which began in southern China. Heavy clouds obscured the view in Hong Kong, but residents of Tokyo and other cities were able to get a spectacular view for about four minutes around 7:32 a.m. Monday (6:32 p.m. ET Sunday).

Events were held at schools and museums in Japan, while many more people took in the unusual astronomical event at home or on street corners.