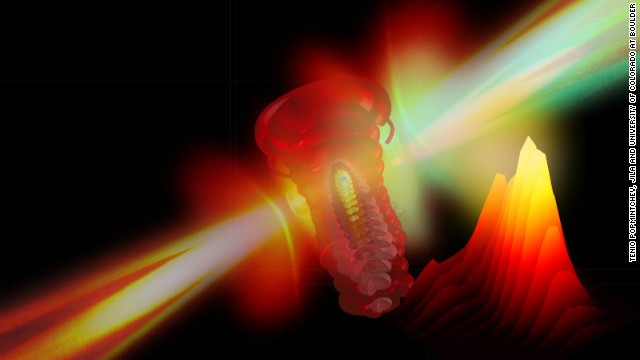 This illustration represents an electron being ripped from an atom by a strong laser field.
June 7th, 2012
05:33 PM ET

Researchers at the University of Colorado have made a breakthrough that may one day help doctors detect disease earlier and with more accuracy.

Based on the hypothosesis of Dr. Tenio Popmintchev, researchers have created a laser beam by adding 5,000 photons together. Previously, two photons were typically used to create laser beams. This is the first time so many photons have been successfully added together.

The result is a more efficient and easier to set up X-ray, according to Dr. Margaret Murnane.

"If we can push this further, and we don’t know how far into the X-ray region we can push this technology, there's a chance we can change your doctor or dentist's X-ray device to a laser version." Murnane said.

"The image would be much crisper. It could really get high resolution X-rays so you could detect disease much earlier."

But that is still a while away - possibly around 10 or 20 years guessed Murnane.

In the meantime, the breakthrough sheds light on how heat flows in very small devices, which may allow scientists develop more energy efficient data storage devices, better understanding of solar energy harvesting and better nano electronics, "so your laptop doesn't heat up so fast," Murnane said. 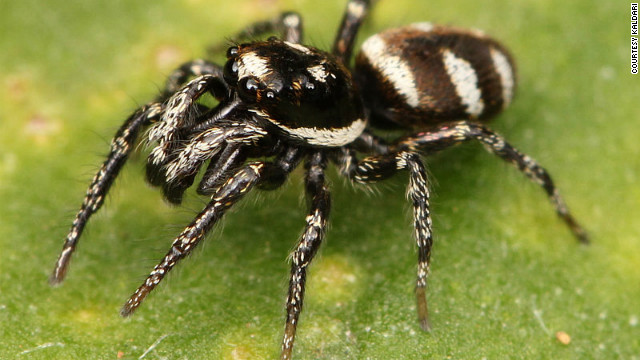 Mohamed's experiment will study how the zebra spider, which jumps on its prey rather than building a web, will hunt when in zero gravity.
June 7th, 2012
09:56 AM ET

Can jumping spiders still hunt for their prey in space?

It may sound like science fiction or the start of a bad joke, but this is an experiment that will be carried out on the International Space Station later this year, thanks to Egyptian teenager Amr Mohamed.

Mohamed, 19, from Alexandria, came up with one of the two winning entries from around the world for the YouTube Space Lab competition, backed by Professor Stephen Hawking, which asked students to design experiments for space scientists.