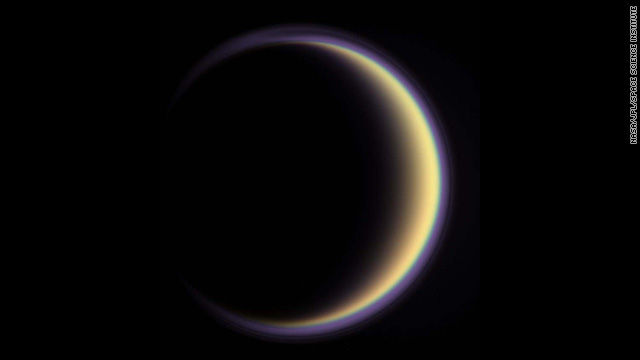 Scientists theorize that the conditions on Titan, which is the only moon in our solar system with an atmosphere, are capable of harboring microbial life, suggesting that organisms could live in methane lakes, as they do in water lakes on Earth.

Until recently, Titan's lakes have been observed only outside the tropical region, above 50 degrees north and below 50 degrees south. Scientists analyzed spectra of Titan's tropics gathered by the Cassini spacecraft between October 2004 and December 2008, which indicate a dark surface consistent with liquid methane.

The data suggest that a liquid methane lake present in an otherwise dune-filled, arid region of Titan. This lake would be about 2,400 square kilometers, or 927 square miles (by comparison, New York City is on 305 square miles of land).

The same Nature report discounts the possibility that the observed lake is a rain puddle, since it is present in data from 2004, before the end of Titan's dry season and the arrival of methane clouds and storms in the area. Since methane lakes aren't stable in the tropical region, the indication is that the lake is fed by an underground liquid methane stream.

These data, together with studies of other methane lakes on Titan, indicate that there's probably a subterranean source of liquid that releases methane into the moon's atmosphere and onto the surface.