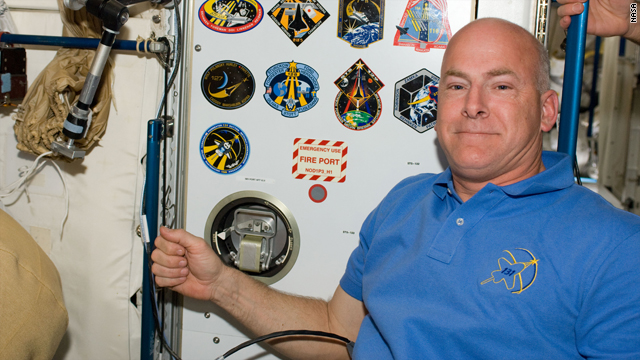 U.S. Navy Capt. Alan Poindexter, a retired NASA astronaut, was killed in a water scooter accident in Florida over the weekend.

Poindexter, 51, was with his two sons, 22-year-old Samuel and 26-year-old Zachary, in Little Sabine Bay on Pensacola Beach, according to Florida Fish and Wildlife Conservation Commission spokesman Stan Kirkland. Alan and Samuel Poindexter were thrown into the water when their personal watercraft was rear-ended by Zachary's. All three men were wearing life jackets.

A boater picked up Samuel and Alan Poindexter, who was initially alert and talking before falling unconscious. He was flown to Baptist Hospital in Pensacola, where he was pronounced dead.

NASA posted the following to its Facebook page on Sunday night: "The NASA family was sad to learn of the passing of our former friend, and colleague Alan Poindexter who was killed today during a jet ski accident in Florida. Our thought and hearts are with his family."

Poindexter flew two space shuttle missions, one aboard Atlantis as pilot and one on Discovery as commander, logging more than 669 hours in space before retiring from NASA in December 2010 to return to the Naval Postgraduate School in California.

His former colleagues have taken to Twitter to express their thoughts.

Clayton Anderson, his crewmate aboard Discovery, tweeted, "America lost a great hero yesterday; I lost my commander, my colleague and my friend. RIP Captain Poindexter."

Nicole Stott added, "We will miss our friend Dex."