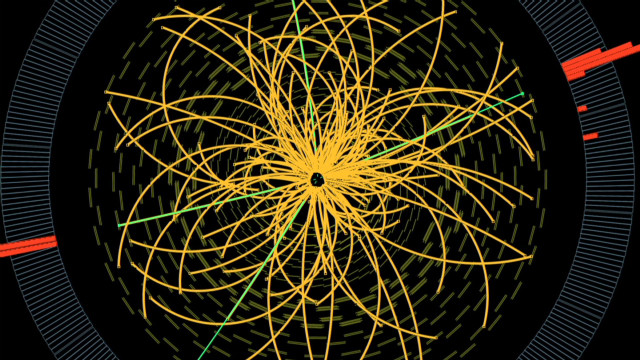 Scientists said Wednesday that they had discovered a new particle whose characteristics match those of the Higgs boson, the most sought-after particle in physics, which could help unlock some of the universe's deepest secrets.

"We have reached a milestone in our understanding of nature," said Rolf Heuer, the director general of the European Organization for Nuclear Research, which has been carrying out experiments in search of the Higgs boson at the Large Hadron Collider (LHC), the world's largest particle accelerator.

"The discovery of a particle consistent with the Higgs boson opens the way to more detailed studies, requiring larger statistics, which will pin down the new particle's properties, and is likely to shed light on other mysteries of our universe," Heuer said.