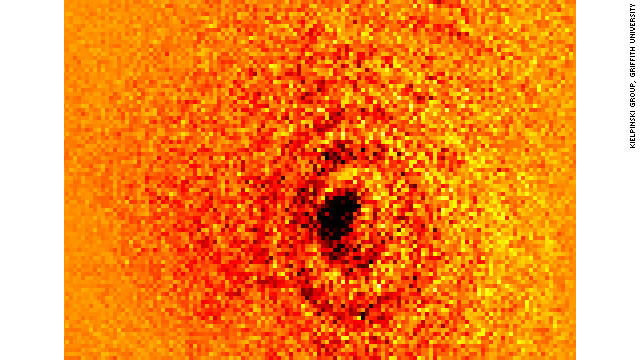 The atom casts its shadow

With all this talk about the Higgs boson's possible discovery this week, it's refreshing to also have news about a component of the universe we are intimately familiar with: the atom.

Atoms are the building blocks of everything you see around you. They can be further broken down into protons, neutrons and electrons. Theoretically, they have mass because of the Higgs boson, a particle that may have been detected for the first time at the Large Hadron Collider.

This week Australian scientists released this first-ever image of the shadow of the atom.

Why is that important? It could pave the way for the future of biological imaging, not to mention quantum computing, according to Cosmos. The research was done at the Centre for Quantum Dynamics at Griffith University in Brisbane, Queensland, and published in the journal Nature Communications.

Read more about this study in Cosmos