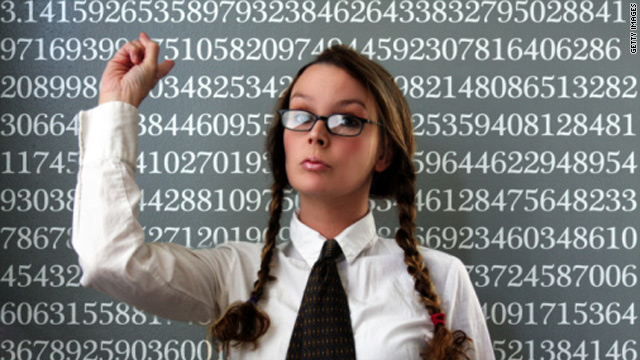 If you are a fan of the number pi, you'll love this: The U.S. Census Bureau announced that the American population reached 314,159,265 Tuesday.

That's exciting for math geeks because pi is 3.14159265... But it doesn't stop there. The digits continue in an apparently random fashion infinitely.

In a perfect circle, pi is the ratio of circumference (the distance around) to diameter (the distance across). Fans celebrate pi on March 14, Pi Day, by eating pies, reciting digits and engaging in other pi-related activities.

Pi has many uses - for instance, in constructing a building or analyzing the geometry of DNA.

The digits of pi have proved fascinating enough for some people to memorize thousands of them. Musical nerds have even written pi songs, one of which led to a copyright dispute that was settled this year on Pi Day.

Now the U.S. population can be added to the list of pi-related oddities - at least briefly. The government's current population counter was already well past pi-hundred million as of this writing.

"This is a once in many generations event...so go out and celebrate this American pi," Census Bureau Chief Demographer Howard Hogan said in a statement.