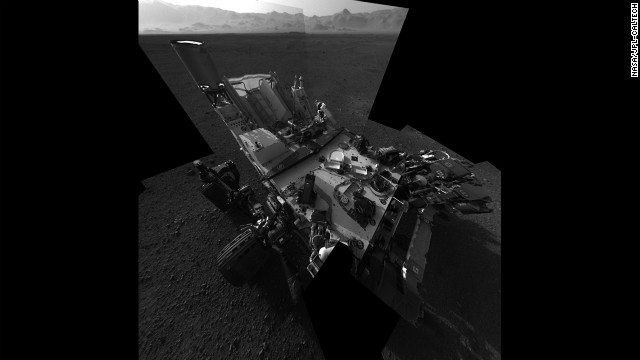 The Mars Curiosity rover used its laser to "interrogate" a Martian rock Sunday in what NASA said was "target practice" for future experiments.

It was the first time such a powerful laser has been used on another planet and comes two weeks after the mobile science lab touched down on Mars.

A fist-sized rock dubbed "Coronation" - or Martian rock N165 for scientists keeping count - was zapped 30 times over 10 seconds with 14 millijoules of energy in each pulse, NASA said.

"Each pulse delivers more than a million watts of power for about five one-billionths of a second," a NASA statement said.