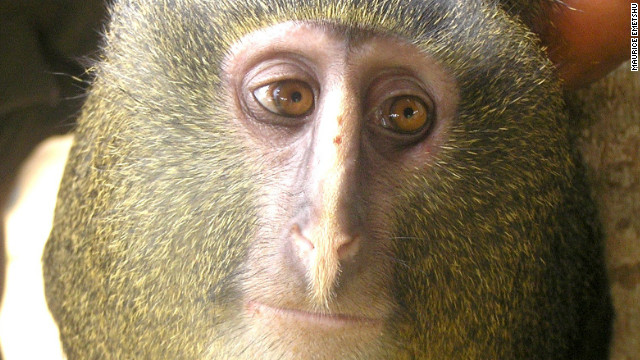 New monkey unveiled to the world

Scientists are claiming they have discovered a new species of monkey living in the remote forests of the Democratic Republic of Congo - an animal well-known to local hunters but until now, unknown to the outside world.

In a paper published Wednesday in the open-access journal Plos One, the scientists describe the new species that they call Cercopithecus Lomamiensis, known locally as the Lesula, whose home is deep in central DR Congo's Lomami forest basin. The scientists say it is only the second discovery of a monkey species in 28 years.

In an age where so much of the earth's surface has been photographed, digitized, and placed on a searchable map on the web discoveries like this one by a group of American scientists this seem a throwback to another time.