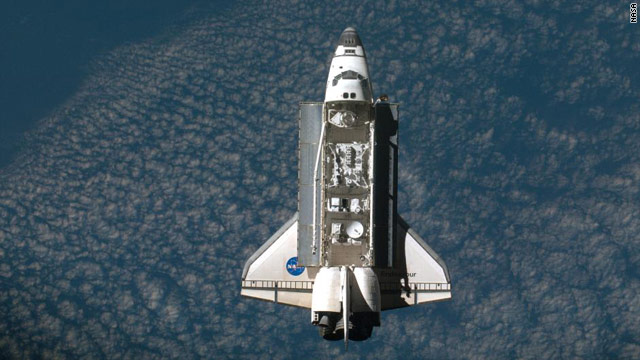 A short history of Endeavour

Space Shuttle Endeavour will begin its final journey Wednesday, flying atop a 747 on its way to the California Science Center. It will make various stops along the way.

Endeavour's departure was originally scheduled for Monday, but it was postponed because of a forecast of unfavorable weather Monday and Tuesday, NASA said.

This shuttle was born out of tragedy. It would never have been built if not for that terrible disaster on a bitterly cold January morning in 1986.

After the Challenger accident, then-President Ronald Reagan vowed that the shuttle program would go on and that a new space shuttle would replace the one the nation had lost. The fifth orbiter to be constructed, it was given the designation Orbiter Vehicle 105, or OV-105.

Endeavour, named for the first ship commanded by British explorer James Cook, rolled out of the assembly plant in Palmdale, California, in 1991 at a cost of $1.7 billion. Over the next 20 years, Endeavour flew some of the most high-profile shuttle missions in history.

Endeavour's very first flight was filled with high drama. The crew was sent up to rescue a satellite stranded in a useless orbit. During two successive spacewalks, the satellite wobbled so that astronauts couldn't get a capture bar attached.

On the third attempt, three astronauts rather than two went after the Intelsat Communications Satellite. Rick Hieb, Thomas Akers and Pierre Thuot all got their hands on it. Once inside the shuttle cargo bay, a new "kick motor" was attached and the satellite released into its proper orbit.

Greg Johnson was the pilot for the final Endeavour flight, which lifted off bound for the International Space Station in May of 2011. The vehicle's versatility was one of its greatest assets, says Johnson. "We have put satellites up into orbit. We have done mapping of the whole topography of the Earth. We have taken up the Hubble Space Telescope and serviced it several times. We've built this huge space station. The vehicle has done its job.”

In fact, Endeavour was used during the first Hubble servicing mission. It turned out to be one of the most challenging in the shuttle program’s history. Five space walks, totaling 35 and a half hours, were needed to perform the upgrades and replacements to the telescope. The spacewalks were carried out by astronauts Story Musgrave, Jeff Hoffman, Kathy Thornton and Thomas Akers working in two-person teams over five straight days.

Mike Fincke flew on Endeavour's last flight as a mission specialist. It was his first shuttle flight, though he'd spent a year on the ISS after arriving aboard a Russian Soyuz. Those get the job done, but are cramped and don't leave much wiggle room.

The shuttle, Fincke found out quickly, was the Rolls Royce of spacecraft. "There’s leg room on the thing. It's got a glass cockpit. It has a robot arm. It can fly to the Hubble Space Telescope or the station. It can land anywhere on the planet that has a runway. It is an amazing piece of equipment on any scale."

Mark Kelly commanded that last Endeavour flight. His wife, Arizona Congresswoman Gabrielle Giffords, was shot and nearly killed by a gunman at a supermarket where she was meeting with constituents just months before Endeavour's final flight. After discussions with family, friends and his wife, Kelly decided to go ahead with the flight.

Kelly like all the other astronauts, talked of the incredible capability of the vehicle. He also joked about the last flight of Endeavour and making sure no one got "sticky fingers."

"You know, when you fly an airplane to the bone yard out in desert," he said, "“They say don't take anything off it. You get the briefing ahead of time. I'll do the same thing with my crew, 'you got to leave, make sure it all stays intact for the museum.' We're not gonna be signing our names on anything."

In a way, Endeavour was able to fulfill a dream and close a circle.

In 2008, Barbara Morgan became the first educator astronaut to fly on a shuttle. She had been the back-up to teacher in space, Christa McAuliffe, who died in the Challenger accident. Morgan ultimately flew on the vehicle built to replace it.