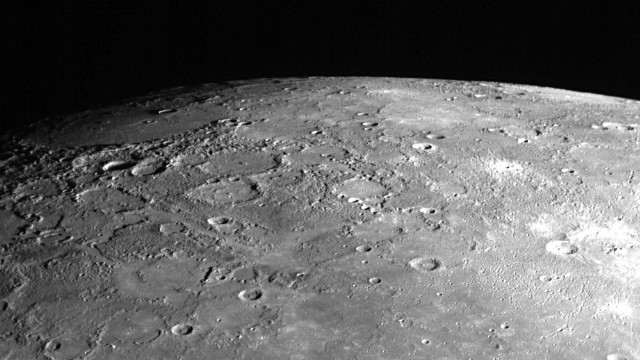 X-ray data from NASA's MESSENGER probe points to high levels of magnesium and sulfur on the surface of the planet Mercury, suggesting its makeup is far different from that of other planets, scientists say.

The unmanned orbiter has been beaming back data from the first planet for a year and a half. Readings from its X-ray spectrometer point to a planet whose northern volcanic plains formed through upwellings of rocks more exotic than those often found on the Earth, the Moon or Mars, said Shoshana Weider, a researcher at the Carnegie Institution of Washington.

"Before this MESSENGER mission, a lot of people assumed it was very like the Moon - it's dark, it's grey," Weider said. But while the Moon's surface formed when light materials floated to the top of an ocean of molten rock, the low level of calcium on Mercury indicates that didn't happen there.

END_OF_DOCUMENT_TOKEN_TO_BE_REPLACED

The CNN Fit Nation Lucky 7 get major props for finishing the Nautica Malibu Triathlon this weekend, and so does NASA astronaut Sunita Williams.

Williams did the swimming, biking and running events aboard the International Space Station using exercise equipment specialized for space. This makes her the first person ever to complete a triathlon in space.

“I’m happy to be done," she said after finishing her activities. "It wasn’t easy, and I’m sure everyone out in California is excited to be done, too.” 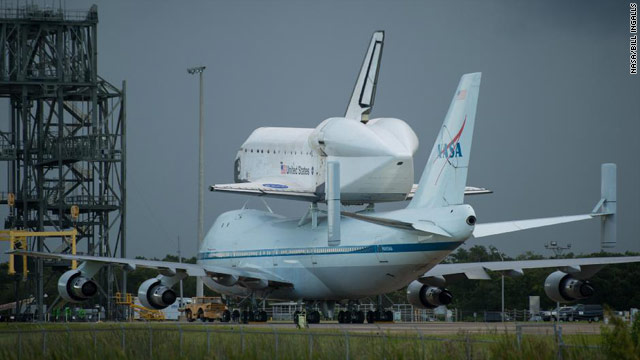 "Space shuttle Endeavour is seen atop NASA's Shuttle Carrier Aircraft, or SCA, at the Shuttle Landing Facility at NASA's Kennedy Space Center on Monday, Sept. 17, 2012 in Cape Canaveral, Fla. The SCA, a modified 747 jetliner, will fly Endeavour to Los Angeles where it will be placed on public display at the California Science Center. This is the final ferry flight scheduled in the Space Shuttle Program era."