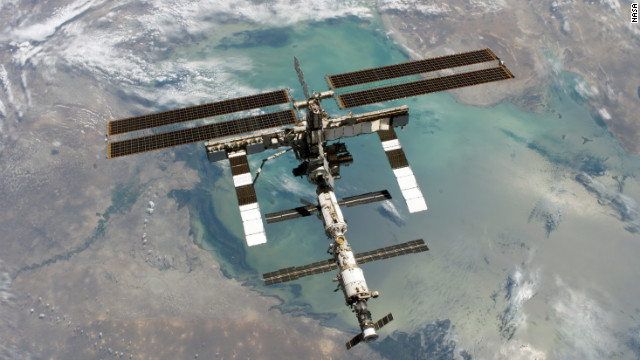 For SpaceX, every flight is the real deal. It’s that way for any rocket company. But this time around, more than in the past, the private company contracted with NASA is flying without a safety net.

Sunday, if all goes well, at 8:30 p.m. ET, a Falcon 9 Rocket with a Dragon capsule on top will lift off from launch pad 40 at Cape Canaveral, Florida.

This will be the first of a dozen NASA-contracted flights to resupply the international space Station, at a total cost of $1.6 billion.

Symbolically, this flight is huge. In May, SpaceX carried out a successful test flight that attached a spacecraft to the international space station, making it the first company to do so. But if something had gone wrong, another test flight would have been put in place. Now, there's no alternative.

On this flight, the Dragon capsule is filled with 1,000 pounds of cargo, everything from low-sodium food kits to clothing and computer hard drives.

Much of Dragon’s cargo is material to support extensive experimentation aboard the space station. One deals with plant growth. Plants here on earth use about 50% of their energy for support to overcome gravity. Researchers want to understand how the genes that control that process would operate in microgravity - when objects are in free-fall in space. Down the road, that could benefit food supplies here on the planet.

The spacecraft is also carrying nearly two dozen microgravity experiments designed and being flown through the Student Experiment Spaceflight Program. More than 100 students and teachers and family members will be at Cape Canaveral for the launch.

SpaceX is not the only commercial company in the spacefaring business. Within the next few months, Orbital Sciences is expected to fly its own demonstration flight to the space station. But Orbital is not using Cape Canaveral as its launch site. The company’s rocket will take off from Wallops Island of the coast of Virginia. Orbital has a nearly $2 billion contract with NASA for station resupply missions.

Of course, SpaceX founder Elon Musk is looking well beyond just these cargo flights to the Station. SpaceX is one of three companies - Boeing and Sierra Nevada are the other two - NASA has selected to continue work developing a human rated spacecraft that would carry astronauts to the International Space Station. The SpaceX plan is to modify the Dragon capsule to carry people.

Musk said in a previous interview with CNN, “We believe firmly we can send astronauts to the space station within three years of receiving a NASA contract.” Right now, the United States must rely on Russia to get astronauts to the station at a cost of about $60 million a seat. Musk believes he can get the job done for a seat price of about $20 million.

So far, SpaceX has made the ongoing transition from the Space Shuttle to private ferry flights look somewhat easy. But Musk admits there is nothing easy about rocket science. “When I started SpaceX it's not as though I thought rockets were easy. I mean, I did think they were hard. But, it ended up being even harder than that.”

If the launch goes off on time Sunday, the Dragon spacecraft will catch up with the Space Station early Wednesday morning. Station Commander Sunita Williams and Aki Hoshide from the Japanese Space Agency will use the robotic arm to grab Dragon and berth it to the station.

In late October, Dragon will head back to Earth for splashdown in the Pacific Ocean.