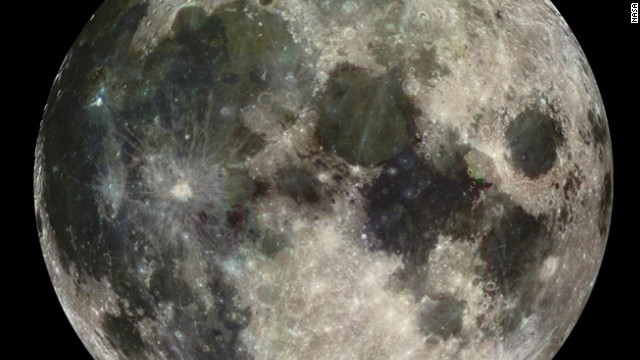 On Monday, NASA's twin Gravity Recovery and Interior Laboratory probes will crash into a mountain on the moon, ending a fruitful mission to study the surface and composition of the moon. The GRAIL probes have been making a high-quality map of the gravitational field of the moon, which give scientists unprecedented insight into what's below the surface and how the moon may have formed.

The impact will occur at around 5:28 p.m. ET.  A scientist working on the project said the crash probably won't be visible from Earth.

The International Space Station is going to be getting a new kind of light bulbs in its U.S. section to help fight off insomnia in space, Space.com reports. It's not easy getting rested in space - about half of people who fly away from our planet rely on sleep medication at some point, the article said.

Forty years ago this month was the launch of Apollo 17, the last mission to send humans to the moon.

Check out this retrospective from Time.com.

Prepare to be totally awed: Phil Plait of Slate's Bad Astronomy blog highlights a time-lapse video that incorporates thousands of photos that astronauts took in space.

Italian student filmmaker Giacomo Sardelli created the video. He writes on his blog, "The story tells about a group of pioneer astronauts, working on the ISS to open a Gateway to space for all humankind."