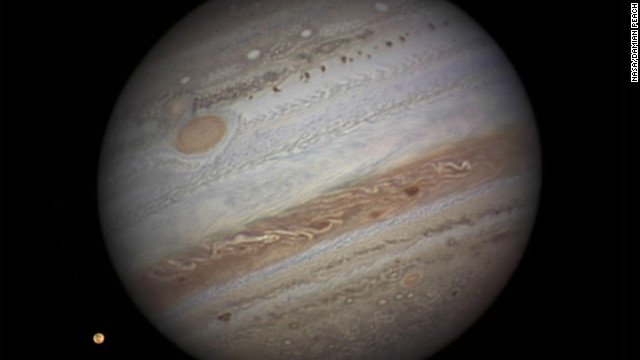 Stargazing on Christmas: Jupiter and the moon

What will you see shining brightly in the sky on Christmas Day? Is it Santa?

Astronomers say it's actually Jupiter and the moon, which will appear quite close to each other Tuesday. According to NASA, even if you live in an urban environment, you should be able to see Jupiter and the moon. From any time zone and either side of the equator, these lights in the sky should be visible to you.

With a telescope, you should be able to see the Great Red Spot of Jupiter, which is a large storm on the planet. This storm itself is twice the length of Earth. You can also see Jupiter's cloud belts and the moon's mountains and craters.

If you live in New York, the moon and Jupiter will seem closest together at 6:25 p.m. EST, according to Space.com.

This could be a great time to give, or receive, a telescope as gift.

Learn more from this NASA ScienceCast: