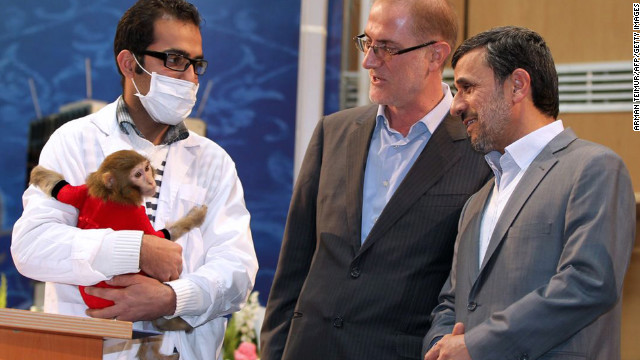 Iranian President Mahmoud Ahmadinejad joked he is so serious about making sure Iran advances technologically that he'd volunteer to go to space for his country if needed.

"I am ready to be the first human to be sent to space by Iranian scientists,” he said after meeting Monday with Iranian space scientists, according to the semi-official Mehr News Agency.

The president's comments, made in jest, came a week after the state's semi-official Fars News Agency said Iran had "sent a monkey to the orbit, brought it back to the Earth and retrieved the animal and the relevant data successfully."

DNA tests have confirmed that human remains found buried beneath an English car park are those of the country's King Richard III.

British scientists announced Monday they are convinced "beyond reasonable doubt" that a skeleton found during an archaeological dig in Leicester, central England, last August is that of the former king, who was killed at the Battle of Bosworth Field in 1485.

Mitochondrial DNA extracted from the bones was matched to Michael Ibsen, a Canadian cabinetmaker and direct descendant of Richard III's sister, Anne of York.