NASA's Mars rover driver Scott Maxwell shared all kinds of amazing things about himself when we last spoke in August. He’s a cancer survivor, for one. And his father was a railroad engineer, passionate about driving trains, while Maxwell himself has been enthusiastically controlling vehicles on Mars since 2004.

“This is the kind of thing that I, as a kid, grew up dreaming about doing, and I have been unbelievably lucky to be able to do this with part of my life,” Maxwell told me.

Given how much he loves working on Mars missions, it was shocking when he revealed on social media that he would be leaving NASA for Google.

“It’s a lot like when my 15-year marriage broke up: JPL and I have grown in different directions, and I’m not a good fit there anymore,” he wrote on Google+. His last day at the Jet Propulsion Laboratory was Friday.

Now wait a minute: What does driving a rover on Mars have to do with working for a massive company best known for its search engine? According to Maxwell, the jobs are not as different as you think.

At Google, Maxwell will be writing high-reliability software - in other words, making sure that everything runs the way it’s supposed to. For instance, when you direct your browser to google.com, you should get the Google homepage. It’s critical to keep errors rare, just like with software that controls equipment on Mars.

Maxwell helped write the software that has been used for the rovers Spirit and Opportunity, and for Curiosity, which landed August 6 and recently got to try out its drill on the Martian surface.

“If it fails even once you maybe don’t get your commands up to the rover that day,” he told me. “We can’t tolerate those kinds of failures. I’m proud to say that never happened, by the way, in nearly 10 years.”

From a software-development standpoint, it’s not a stretch to launch into highly reliable software that happens to be controlling machines on Earth rather than Mars.

The most fun parts of the Mars rover missions were living on Mars time, he said. For Spirit and Opportunity, the schedule was pretty regular: As the rover "wakes up" 40 minutes later every day, so do you, because a day on Mars is about 40 minutes longer than a day on Earth. 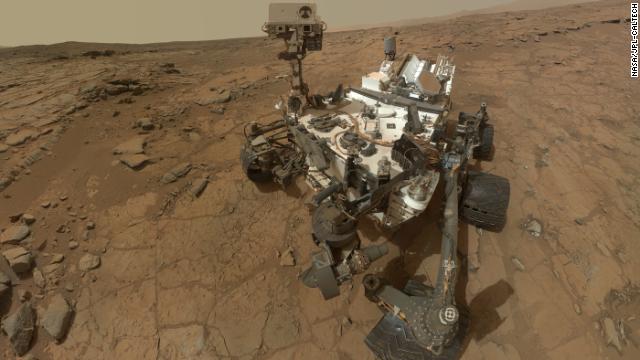 The latest self-portrait of the Curiosity rover combines dozens of images taken by the rover's Mars Hand Lens Imager (MAHLI) on February 3.

But for Curiosity, the work day schedule had to be tied to when an orbiter would be flying overhead, which is less of a regular timetable.

“Spirit and Opportunity helped us prove that relaying through an orbiter has tremendous value for you,” he said. “It greatly increases the amount of data you can send back to Earth.”

Because Curiosity is a bigger, more complicated rover, the pace of the mission has been slower from Maxwell’s standpoint. The expected lifetime of the Spirit and Opportunity rovers was 90 days on Mars, so Maxwell and other mission specialists packed everything they could into that short period of time. (As it turned out, Spirit lasted more than six years and Opportunity is still going. They landed in 2004).

“I loved it when we were straining to the utmost limit and doing everything we possibly could to fit in as much stuff as possible on every given sol (solar day) of operations on Mars,” he said.

By contrast, it took 180 days on Mars for Curiosity to use its drill for the first time, marking the checkout of the last instrument on the rover. The projected lifetime of Curiosity is two years, although, like its predecessors, it could keep going much longer.

Although Maxwell misses the all-or-nothing, fast-paced nature of the Spirit and Opportunity rovers’ first months on Mars, he has also enjoyed working with more scientists with expert knowledge on a variety of subjects for the Curiosity mission.

Maxwell will miss the tactical aspect of his job: the actual process of planning a day on Mars for the rover. His day began with problems that needed to be solved. He and his colleagues solved them and sent instructions to the rover at the end.

“I’ve been privileged to be one of the few humans on Earth who does that,” he said.

Maxwell said he’ll miss the people he has worked with at the Jet Propulsion Laboratory, such as the other rover drivers and science team members.

“I’m still being invited to poker nights for rover drivers, but it’s not going to be the same,” he said.

For the new job, Maxwell won’t have to take an airplane, let alone a space shuttle. His new role will be at a Google office in the Los Angeles area, where he is based. That’s good news for his romantic life because he and fellow NASA-er Kim Lichtenberg are a ridiculously cute, science-loving couple.

“I’m not sure my girlfriend would like it a whole lot if I were moving up to Mountain View permanently, and I wouldn’t want to leave her,” he said.

He’ll be following the Curiosity mission from the sidelines, but he wouldn’t totally rule out going back into the space field one day. Should technology allow it, Mars remains his destination of choice.

“If they have a rocket ship leaving tomorrow, I’m quitting Google and I’m on it,” he said. 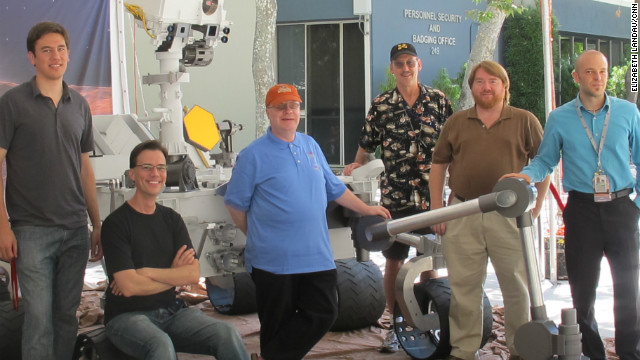 What we've done on Mars, and what's next