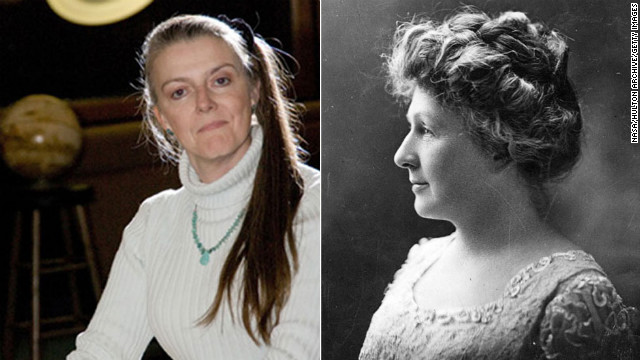 Women in science: Now and then

It's no secret that we still have a long way to go before achieving gender equity in the fields collectively known as STEM: science, technology, engineering and mathematics. But what better way to derive inspiration than to reflect upon those who have managed to buck the trend? In honor of Women's Hustory Month, we're taking a look at contemporary innovators in STEM and their historical analogs. For the latest in science news year-round, be sure to check out CNN's Light Years blog.

The work of solar astronomer Mitzi Adams, left, has improved our understanding of the sun's turbulent behavior. Since joining NASA in 1988 at the Marshall Space Flight Center in Huntsville, Alabama, she has conducted research for a variety of solar missions. She carries on the tradition of discovery that Annie Jump Cannon (1863-1941) began in the late 1800s. Cannon was known as the "census taker in the sky," and developed a stellar classification system that became the standard of the Harvard Observatory.