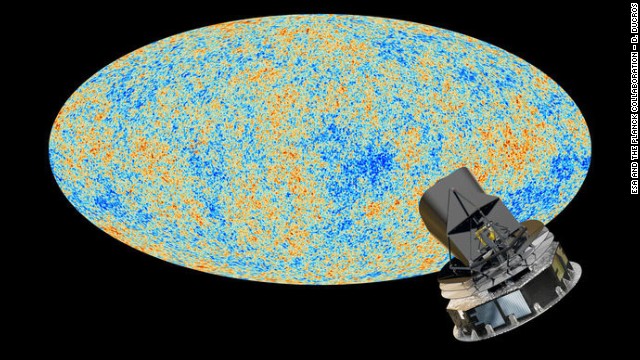 How cute was our universe as a baby? We now know better than ever: The picture of our early universe just got sharper and tells scientists with greater precision many important facts about how the universe evolved.

This new photogenic moment, released Thursday, comes courtesy of the European Space Agency's Planck space telescope, which detects cosmic microwave background radiation - the light left over from the Big Bang. Scientists used data from Planck to create an artificially colored map of temperature variations across the sky in the early universe, in more detail than ever before.

"It's a big deal," said Charles Lawrence, Planck project scientist at NASA's Jet Propulsion Laboratory, in a news briefing. He added, "We can tie together a whole range of phenomena that couldn't be tied together so well before, and the sum total of that, the impact, is felt in many, many ways."