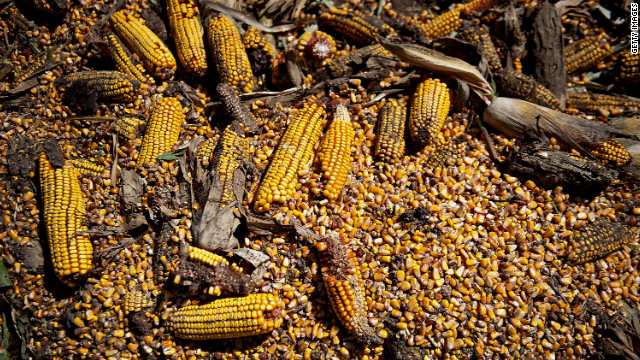 Just when you thought being struck by lightning couldn’t get any more terrifying, there's this:

Researchers at the Florida Institute of Technology are investigating what is being dubbed “dark lightning,” using computer models. This invisible phenomenon is not some cosmic event happening millions of light years from us, but actually occurs within storm clouds in our atmosphere at altitudes low enough for a commercial airliner to pass through.

CNN’s Chad Myers points out the real danger with “dark lightning” is not from a traditional bolt of energy, but an unleashing of exponentially high amounts of X-rays and gamma rays.

END_OF_DOCUMENT_TOKEN_TO_BE_REPLACED

NASA plans to capture an asteroid and start sending astronauts aloft again by 2017, even with a tighter budget, the U.S. space agency announced Wednesday.

The Obama administration is asking Congress for just over $17.7 billion in 2014, down a little more than 1% from the nearly $17.9 billion currently devoted to space exploration, aeronautics and other science.

The request includes $105 million to boost the study of asteroids, both to reduce the risk of one hitting Earth and to start planning for a mission to "identify, capture, redirect, and sample" a small one. The plan is to send an unmanned probe out to seize the asteroid and tow it into orbit around the moon, where astronauts would study it.