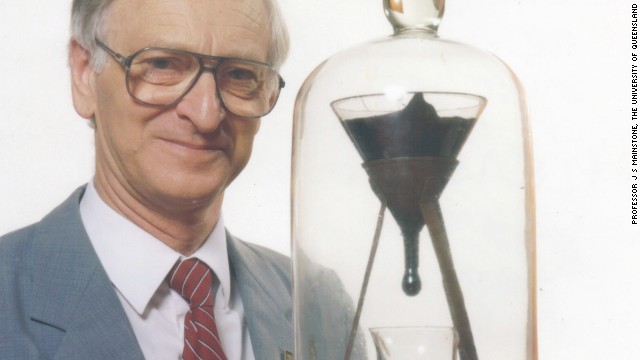 World's oldest experiment ready for a drop of excitement

By Katie Hunt, for CNN

At some point in the next few months, a tendril of black tar-like substance will drop from a glass funnel and land in a beaker under a bell jar in what is thought to be the world's oldest scientific experiment.

The "pitch drop" at the University of Queensland in Australia began in 1927 and is designed to show that the brittle pitch - which was once used to waterproof boats and can be shattered by a hammer - is in fact, a liquid.

But the progress of the pitch through the funnel stem is so slow that now, 86 years later, only the ninth drop is forming.